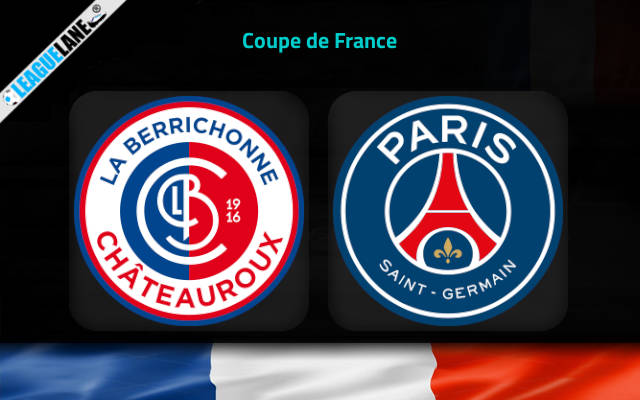 PSG started the year by suffering the first defeat of the season in Ligue 1 as they fell 3-1 away at second-placed Lens on Sunday.

Les Parisiens struggled to get things going in the final third without the likes of Lionel Messi and Neymar in the squad.

Messi has joined the team after a longer vacation upon winning the World Cup trophy with Argentina, while Neymar served suspension after getting sent off in the 2-1 victory over Strasbourg in the team’s last game of 2022.

PSG will be looking to regain confidence and return to winning ways on Friday evening when they travel to Stade Gaston Petit to take on the third-division outfit Chateauroux in the last 64 round of Coupe de France.

The gulf in quality between these two sides is enormous and we can only see a one-way street here for the visitors, regardless of the squad Chris Galtier decides to send on the pitch on Friday.

That said, we would by no means be surprised to see the visitors with a very string lineup here, aiming to boost up the confidence as soon as possible with a comprehensive victory.

Chateauroux are not even among the best teams in the third of French football. They occupy the 14th position (out of 18 teams) in the National 1 league standings after 16 rounds.

The hosts will go into this winless in seven successive outings in their respective division.

Chateauroux conceded two or more goals in three of the previous four National 1 affairs. They are now up against one of the most lethal attacking lines on the planet.

Adding that PSG will be additionally motivated to make amends for the loss at Lens five days ago, we have no other options but to back a commanding victory for the visitors here. Looking for the best value options, you can back PSG to win the first half by at least two goals difference at the odds of 2.30.