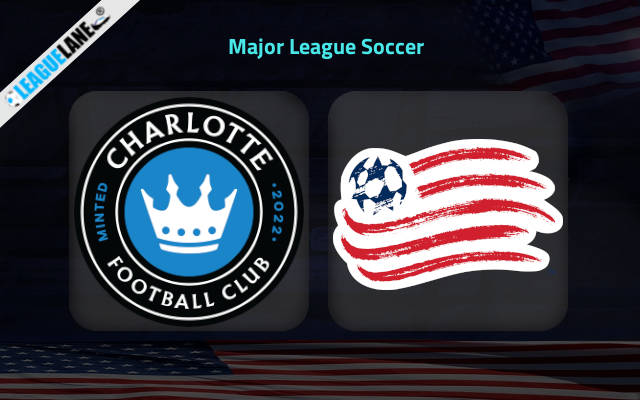 Charlotte displayed a disappointing start to this season. They have lost each of their opening three league fixtures. They will be hoping to better themselves by sealing points from the coming league fixtures.

Charlotte are yet to record a win since its introduction to the world of football. They scored their first goal against Atlanta United in the previous league fixture. However, the match ended up in a 2-1 defeat for them.

Meanwhile, New England had an inconsistent start to this season. They won, drew and lost one apiece of their opening matches. They currently sits 9th on the table with a total of 4 points. They will be eyeing for a safe zone spot.

New England lost to Real Salt Lake at home in their most recent league fixture. They scored two goals in that match while leaking three. In fact, they have scored goals in each of their three league fixtures so far. Therefore, we have a consistent attacking side to observe.

By the looks of things, Charlotte will definitely have a tough time against this New England outfit who owns 26 years of experience. Therefore, we expect a pleasant day for the traveling supporters of New England this Sunday when they visit Bank of America Stadium to witness their team battling the hosting Charlotte in a Major League Soccer fixture.

Charlotte have only played two games wearing home jersey. They lost each of those. One of those were an MLS fixture against Los Angeles Galaxy. The match ended up in a 0-1 lose for them.

On the other side, New England won five of the past 8 league fixtures on road. This includes their recordings from the previous season. They have recorded a 2-2 draw in their opening on road match this season.

Considering the above stats, we are left to back the experienced New England instead of Charlotte who are yet to record a victory since their entry to American Football.