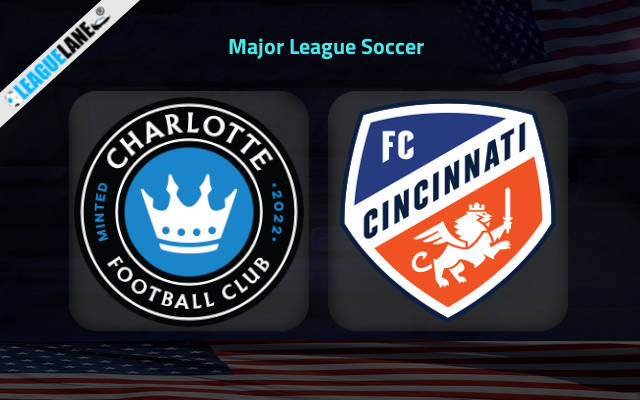 Charlotte have recorded a 3-1 win at home in their most recent league fixture against New England Revolution. It was a much needed win for them as they were recording back to back defeats in the opening matches of this season.

Currently, they are placed at 12th on the table with a total of three points collected from the opening four league fixtures. They will be hoping to make that win count with the aid of another league fixture with the home advantage.

Meanwhile, Cincinnati recorded a 3-1 win against Inter Miami in their most recent league fixture to construct a thread of two subsequent league victories in a row. They were on the back of two straight defeats before recording the above pair of positive results.

They sits 8th on the table after collecting six points from the past two league fixtures. They are currently sitting at the edge of the safe zone. They will be eyeing for a spot inside the promotion zone.

Charlotte surprised everyone recording a win against the experienced New England Revolution at home in their most recent league fixture. It was their first win since the introduction to the world of football.

On the other side, Cincinnati recorded a 1-2 win against Orlando City and a demotivating 5-0 defeat against Austin FC in their opening two league fixtures on road.

When looking at the past 8 on road fixtures including the previous season’s recordings, we can see Cincinnati losing in 7 of those. On top of that, they leaked two or more goals in each of those 7 defeats.

By the looks of things, we are envisaged to think that Charlotte will succeed in recording their second victory against this Cincinnati outfit who possess a dreadful form on road when considering their past away league fixtures.