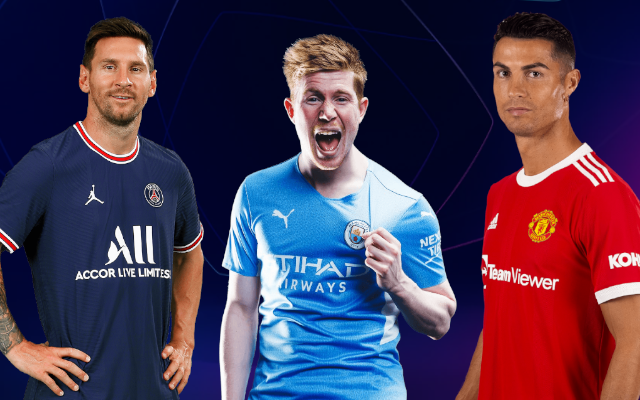 In the recent past, the rich and famous European teams have dominated the UEFA Champions League. Only teams having top stars are the ones that make it to the competition’s final stages. This has been a challenging development for soccer betting fans.

Betting on the Champions League is already on the peak and Asians following the competition closely with Vwin99 as their preferred betting option can explore next week’s football odds before placing their bets. Meanwhile, apart from the teams with deep pockets, rare outsiders have made future predictions more interesting.

So what are the Champions League’s future picks?

Who Will Win The Champions League?

Currently, PSG and Manchester City have made massive investments to enable them to win this trophy. However, that also comes with immense pressure that could be detrimental to the teams’ performance. Moreover, they will face off in the same group meaning one of them will finish second. Suppose a team loses both group matches; they could be out of the Champions League.

Chelsea are also among the favorites to win it. They are the defending champions, and they have added Romelu Lukaku to strengthen their firepower. Manchester United are a compelling choice. The Red Devils have significantly strengthened their squad. However, the arrival of Cristiano Ronaldo makes Manchester United a team no one would want to meet in the knockout stages.

Which Teams Are Likely To Reach The Final?

The teams that are likely to survive in the competition until May 2022 must have a decent budget and unmatched squad depth. In this regard, it will be surprising if a team outside the popular eight teams makes it to the final.

11 clubs have graced the last 10 finals. Out of the 11 clubs, Chelsea, Liverpool, Juventus, Real Madrid, Atletico de Madrid, and Bayern Munich are the only teams to appear in the finals more than once. All these could return to the final save for Juventus, who are still finding their feet after Ronaldo’s departure.

Besides that, PSG and Manchester City look well-equipped to make it to another final. However, they are also likely to stumble on knockouts. So, will Messi get PSG over the line? Or, will Grealish be the wild card that helps Man City win the elusive Champions League trophy?

What about the Top Scorers?

If you asked any football fans this question, they would all present a nearly similar list of 10 players. However, it will take more than star power to emerge as the Champions League top scorer. For instance, the group stages are essential.

Besides that, you have to ask yourself these questions:

Based on these factors, Erling Haaland is the most likely candidate for the competition’s golden boot. He won it last season despite his team dropping out in the quarter-finals. Based on Borussia Dortmund’s group stage fixtures, he could easily win the golden boot.

Other favorites include Cristiano Ronaldo, Karim Benzema, Luataro Martinez, and Romelu Lukaku. Who do you think will score more goals in this season’s Champions League?