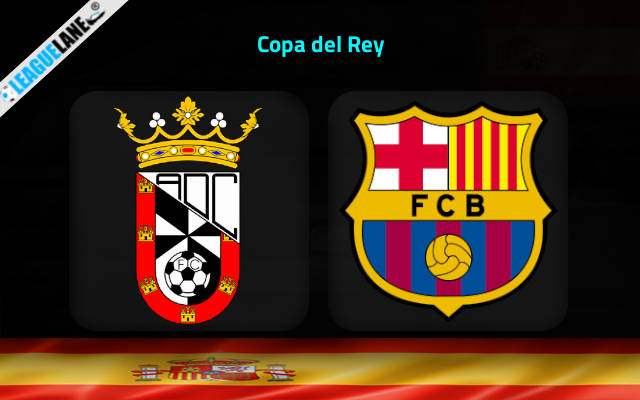 AD Ceuta shocked La Liga side Elche 1-0 at the start of the year to book the famous last 16 round of Copa del Rey clash against Catalan heavyweights Barcelona.

The local crowd at Estadio Municipal Alfonso Murube will thus have the opportunity to enjoy the occasion of watching Barcelona’s stars play in their city on Thursday evening.

The hosts will thus shortly forget on the awful campaign they are having in the third tier of Spanish football this season.

AD Ceuta sit at the very foot of the Segunda B Division standings (Group 1) with 15 defeats in the inaugural 19 rounds of the competition.

They fact they have conceded 36 goals in 19 matches in the third class of Spanish football says enough about the team’s quality.

AD Ceuta allowed two goals in each of the previous four outings in the league, including the weekend’s 2-2 stalemate against Real Madrid II.

The team led by Jose Juan Romero are thus the obvious underdogs in this clash against Barcelona who will enter the tie in the highest of spirits after claiming a 3-1 victory over fierce enemies Real Madrid in the Super Cup final on Sunday.

Xavi’s men have thus picked up four consecutive wins in all competitions despite facing the likes of Atletico Madrid, Real Betis, and Real Madrid along the way.

Blaugrana bagged five goals in the last two wins on Saudi soil in the Super Cup. Xavi will no doubts make rotations in this match, especially with the league clash against Getafe in mind (at the weekend).

However, we don‘t expect these rotations to play any role in the match against the opposition of Ceuta’s quality.

The gulf in quality between these two teams is enormous and this is indeed not just a phrase. The only question is how many goals Barcelona will score in a convincing victory.

You can back Barcelona to have at least a three-goal lead at the half time at the sky-high 5.50 odds. Alternatively, Blaugrana are 10.00 to win 5-0 on Thursday.