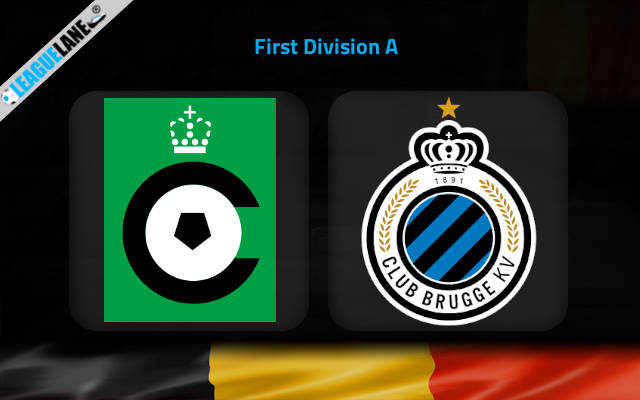 Cercle Brugge and Club Brugge are set to lock horns in the city derby on Sunday afternoon at Jan Breydelstadion.

Both teams will enter the match on a high, following their respective strong streaks of results.

Cercle Brugge flourished after the managerial change. They went from 17th to 14th place in the league standings with a streak of three consecutive league wins under new manager Dominik Thalhammer.

Cercle Brugge were close to their fourth straight victory under the Austrian coach last Saturday when they dropped a two-goal cushion in a 3-2 defeat away at leaders Union Saint-Gilloise.

Thalhammer’s men will thus continue their tough schedule here, taking on the second team of the First Division A standings.

Club Brugge started the season in a slower fashion but managed to grow in both form and confidence of late.

The nominal visitors (who also play their home matches at Jan Breydelstadion) will enter this tie on the back of four wins and a draw in the last five league affairs.

Club Brugge have been scoring goals for fun lately. They notched at least three goals in four successive First Division A games before playing a 2-2 draw at home to Anderlecht seven days ago in the previous round.

Both Cercle Brugge and Club Brugge have been very inspired in the final third of late and we have plenty of reasons to expect a high-scoring thriller when they come face to face here.

Since each of the last four head to head games also saw goals scored at both ends, backing both teams to score has so much sense at the 1.66 odds.

We will also back Club Brugge to win attractive 1.85 odds. They are the stronger of the two teams and they have won four of the last five head to head meetings.