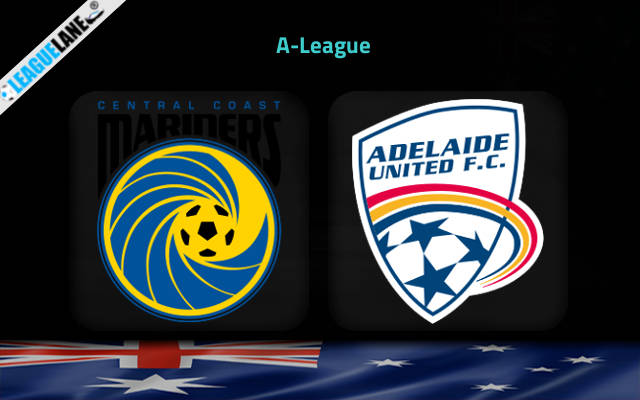 Central Coast Mariners vs Adelaide United Predictions and Free Tips from our expert tipsters when the teams go head-to-head in the Australia A-League on Saturday, 7 January 2023.

Both Central Coast Mariners and Adelaide United had a decent start to this season. They both sit at 3rd and 4th positions in the standings respectively.

Going on, neither of these two sides have managed to display a consistency in sealing victories. In that case, expect a competitive encounter between these two on Saturday.

Adelaide United won four of the last six head to head meetings against Central Coast Mariners. Their past five meetings had goals over 2.5 ft.

Central Coast Mariners are on a three-game winning streak against Adelaide United at home. Both teams to score option landed in four of the last five meetings here.

Who will win the match between Central Coast Mariners vs Adelaide United?

Central Coast Mariners are having a three-game winning streak at home. Although they have an overall inconsistency, their home form looks transformed.

On the other hand, Adelaide follows a two-fixture winless streak on the road. Since Central Coast Mariners have a slight edge in the h2h recordings at this stadium, expect a win for them on Saturday.

We expect this match to have a goal-fest as both these sides have been recording affairs with such displays lately. Also, either sides are in possession of a good attacking side which is capable of displaying an over 2.5 goals ft. Therefore, anticipate a high-scoring clash here.

Both these sides have allowed goals over 1 per game. Going on, Wellington allowed goals in all their road trips in this season while Mariners allowed a total of 11 goals in their seven home outings.

Since their h2h matches at this stadium suggests a both teams involving affair, we expect goals from both ends of Central Coast Stadium.

Taking into account these observations, expect a win for Central Coast Mariners at 2.15 odds. Over 2.5 goals at 1.57 odds seems to be a good alternative considering the goal trend of these two teams.