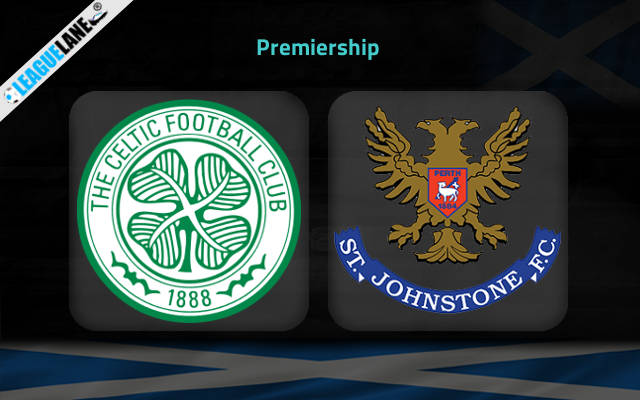 Celtic have been the absolute best team in the Premiership this season, and are deservedly placed at the top of the table. They have a lead of six points over the second-placed Rangers, who also happen to be the defending champions, and their arch-rivals.

Going on, the toppers have scored the most, as well as have conceded the least.

Meanwhile, St. Johnstone are one of the worst, and are placed second to last in the table. They have scored the least number of goals in the Scottish top flight, and they are also on a long series of winless games away from home.

And finally, they also have a poor h2h record against the toppers.

For the reasons, expect a win for Celtic this Saturday at their home.

Celtic are on a five-fixture winning streak, and had scored a total of 14 goals in the process. They had also won 14 of their past 16 appearances at home.

On the other hand, their counterparts were winless in 21 of their past 26 overall games, and in the process they had gone on a ten-game losing streak too.

Do also note that they had won just once on the road since October.

Considering these observations, expect a convincing win for Celtic this weekend.

Tips for Celtic vs St. Johnstone