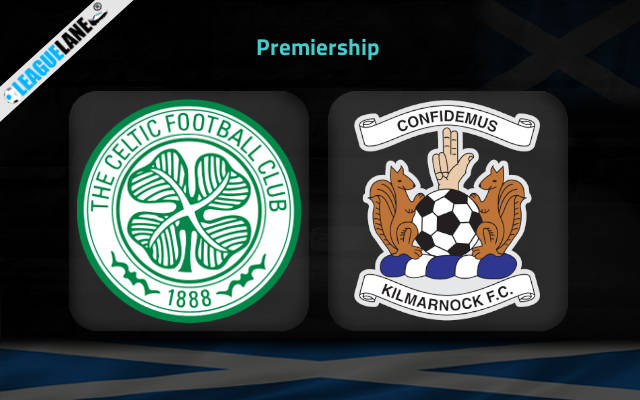 Celtic vs Kilmarnock Predictions and Free Tips from our expert tipsters when the teams go head-to-head in Premiership on Saturday, 7 January 2023.

The first game of the year was an entertainer. As league leaders Celtic managed to win one point against their rivals Rangers through Kyogo Furuhashi’s equaliser. Now they will aim for a win as they will play against Kilmarnock.

Meanwhile, Kilmarnock also managed a similar result as they held St. Mirren in a goalless draw. They have lost 50% of their matches till now and will most likely have a difficult time at Celtic Park.

The last three matches between these two teams ended with Celtic taking all three points. They have dominated this fixture since 2013 at Celtic Park.

It has been over ten years since the last time the visitors celebrated a victory at this ground.

Who will win the match between Celtic and Kilmarnock?

Celtic will win this fixture with ease. They have an excellent unbeaten record against Kilmarnock at Celtic Park. Not to mention that they are the league leaders. It is worth mentioning that the last time the visitors won an away fixture was way back in August.

With just two exceptions, the last seven head-to-head matches ended with more than 2.5 goals being scored. The host scored five goals in their last victory against Kilmarnock. At Celtic Park as well a similar trend is observed.

The first tip is that Celtic will win this game by 3-1 – at 12.00 odd. The main reason is that they have won this fixture at Celtic Park by scoring three goals since 2019. Also, the host have scored at least three goals in their last two wins since late December.

Our second tip is that Over 2.5 goals with Both teams to score – at 2.60. We can back this tip as both teams have scored eight goals combined in the last two matches at Celtic Park.