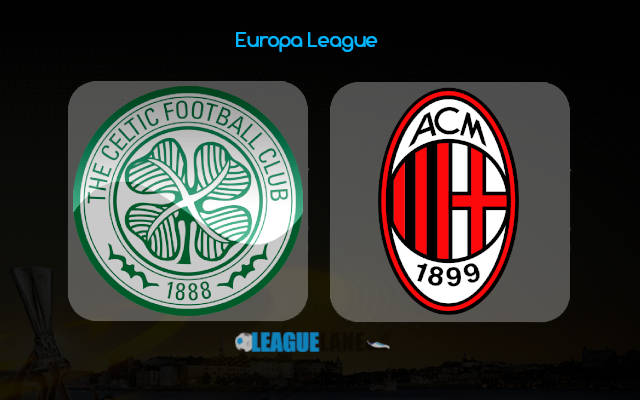 The most anticipated Europa League clash this Thursday is taking place in Scotland where Celtic welcome AC Milan.

Both of the squads are entering the duel exhausted after big derby games played in their domestic leagues.

Celtic were not successful against Glasgow Rangers, while AC Milan were victorious against Inter Milan.

It is questionable though if Rossoneri are going to use the strongest lineup for this match, as Serie A is their man focus for the season.

All in all, duel should be spectacular. In terms of the odds, visitors are labelled as favorites at 1.85 odds, which is far from a good pick if you ask us.

There were eight previous head to head encounters between Celtic and AC Milan in the past. Italian team has way better stats, but keep in mind a big majority of their victories were achieved during the “golden era” when they were a dominant force in Europe.

Celtic have won only one game against AC Milan so far, while losing five. Total number of goals scored is 14, which averages only 1.75 per match.

Even though the current standings are not super-dramatic, Celtic FC are not having a great season. The first shock was elimination from UEFA Champions League qualifiers against Ferencvaros.

Last weekend’s loss in the Old Firm to Rangers surely had a huge impact on team’s morale.

Neil Lennon is going to be under a lot of pressure in upcoming weeks that’s for sure. Good news is that summer acquisitions are looking very promising. Klimala and Ajeti scored total of eight goals, which is not bad for newcomers.

AC Milan have been on fire lately, led by Swedish icon Zlatan Ibrahimovic who scored both of the goals against Inter Milan on Saturday. They are the only team in Italy which maintained 100% win rate after four rounds.

As mentioned above, it is still unclear if Stefano Pioli is going to use all the best players in Scotland.

He did shake things up in most recent Europa League qualifying game against Rio Ave with Daniel Maldini leading the offense.

We are expecting a narrow affair in Glasgow, a draw and low number of goals.