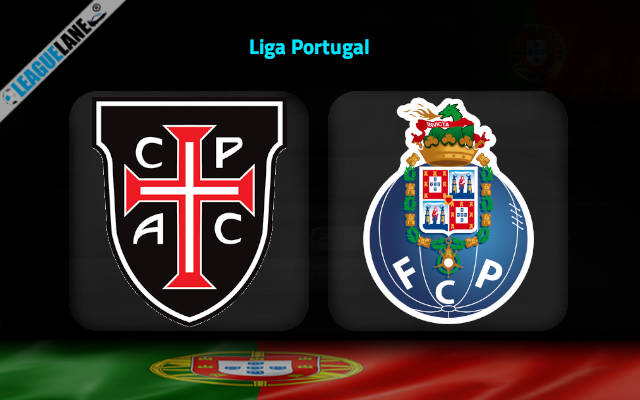 Casa Pia vs FC Porto Predictions and Free Tips from our expert tipsters when the teams go head-to-head in Liga Portugal on Saturday, 07 January 2023.

Porto are slowly catching up with their rivals Benfica following their impressive 5-1 victory against Arouca last time. They are on a three-game winning streak and have one of the best away forms.

At the same time, Casa Pia defeated Portimonense by 2-1 last time. This is their first league victory since November. Do also note that they have lost two of their last three home fixture.

The host won this fixture back in 2019 by 3-0. Both teams will be playing against each other for the second time. It is worth mentioning that the visitors are unbeaten away from home since September.

Who will win the match between Casa Pia and FC Porto?

Porto will most likely win this fixture. The two main reasons are that the visitors have a good unbeaten record away from home. Moreover, the past records shows that the host are yet to win a game against this team. Not to mention that Porto are second in the league.

The last encounter ended with the host scoring three goals. They scored five goals against Arouca in the last game of 2022. In that game Mehdi Taremi scored a hattrick as well.

With just one exception, the host have scored in their last five home matches in all competitions. It is likely that both teams will score this time.

The host have won both halves when they defeated Arouca in their last league outing. Also they won this fixture by 3-0 back in 2019. Therefore, the first tip is that Porto will win both halves of the game– the odd for this tip will be at 2.05 odd.

Our second tip is that Mehdi Taremi will score anytime – at 3.25. He scored a hat trick in his last league game. Not to mention that he is Porto’s top scorer this season.