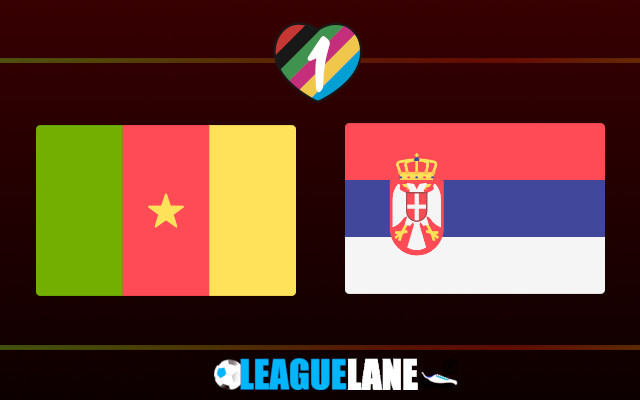 Crucial game for the Indomitable Lions

Cameroon definitely had their chances in the opening round against Switzerland but they went out of the game empty-handed after a 1-0 defeat.

The match itself could have gone either way since the Cameroonians certainly had their chances to get in front in the first half.

The defensive line looked good, making a sole mistake in the 90 minutes of play. Unfortunately, that lone error was enough for the narrow loss to the Swiss outfit.

Rigobert Song’s men now have an imperative to get a three-pointer in the second round against Serbia, knowing they will hardly get anything from the final day encounter versus Brazil.

Song does have problems with the lack of attacking creativity in his side. None of the previous nine matches Cameroon played in all competitions provided three or more goals.

We still remember the unlucky exit at the African Cup of Nations when the Indomitable Lions lost the semifinal tie against Egypt on penalties after a goalless draw in the regular time and extra time.

The tournament only starts on Monday for Serbia

Serbia entered the World Cup with high ambitions after a fantastic qualifying campaign.

A 1-2 win over heavyweights Portugal on the final day of European qualifiers away in Lisbon secured the top spot in the group for the team led by Dragan Stojkovic Piksi.

Nevertheless, the Serbians opened the World Cup in Qatar with an expected 2-0 defeat to Brazil.

It was an uninspiring performance from the Eagles whose players looked to have fear ahead of the clash with mighty Brazil on Thursday.

Nothing is lost for the Serbians, though, who will be looking to get their first points on Monday against Cameroon.

Serbia possess much more quality in their ranks with the players such as Dusan Tadic, Aleksandar Mitrovic, Sergej Milinkovic-Savic, and Dusan Vlahovic. They have shown this strength in the qualifying campaign and we expect these stars to rise to the occasion and beat Cameroon on Monday.

The main pick is Serbia to win & Under 2.5 goals FT at the 3.75 odds, while you can also back Aleksandar Mitrovic to score anytime at the odds of 2.50.