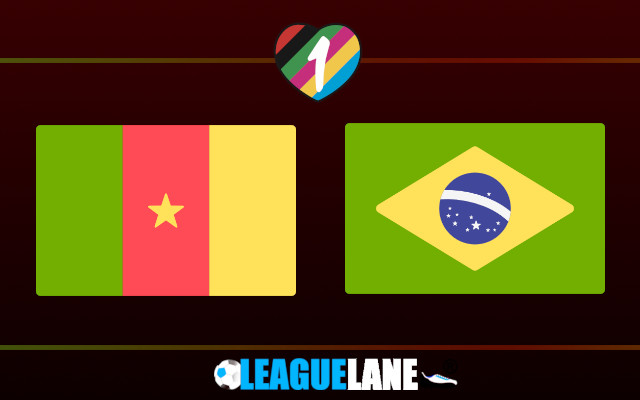 Cameroon showed excellent football in both games so far in the tournament and yet they have a mission impossible to find a way out of this tricky group.

A single-point return from the matches against Switzerland and Serbia will likely not be enough for this attractive Cameroonian side.

To keep any hopes of progressing, the Indomitable Lions need to beat Brazil on the final day and hope Switzerland do not beat Serbia in the other game of the group.

The team led by Rigobert Song (a former center-back) had their chances against both Switzerland and Serbia in the opening two rounds.

They were unfortunate to lose 0-1 to the Swiss team on the opening day. They then bounced back with a phenomenal display in the 3-3 stalemate against the Serbians on Monday morning.

Vincent Aboubakar bagged one of the most beautiful goals of the tournament, while the whole Cameroonian attacking line with Eric Maxim Chuopo-Moting and Bryan Mbeumo looked beyond impressive on the occasion.

Brazil got the job done in the opening two outings against Serbia and Switzerland. Selecao used the similar pattern to break the two European teams in the second half following goalless draws at the half-time break on both occasions.

Richarlison stepped up with a brace on the opening day, while Casemiro hit a wonder strike to make the difference against the Swiss side on Monday.

Head coach Tite will likely mix up his starting lineup since Brazil have pretty much secured the top spot in the group.

Neymar is still sidelined through injury but we may see the Premier League stars such as Gabriel Jesus, Antony, or Gabriel Martinelli get more minutes on the pitch here against Cameroon.

Brazil’s second-string lineup is almost as dangerous as the first and we can hardly see the Cameroonians resisting defensively on Friday night.

Cameroon have plenty of talent in their squad, namely in the final third, but their defensive holes will be exploited to the maximum by Brazilian stars on Friday.

We expect goals here and we will take Brazil to win & Over 2.5 goals FT bet as the main option at the 1.83 odds. Expecting Gabriel Jesus to get the nod in the starting lineup on Friday, we will back the Arsenal forward to score anytime at the 2.10 odds.