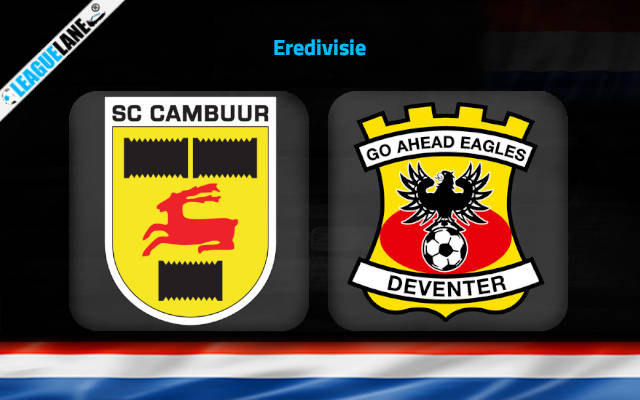 Cambuur had a tough schedule to start their season, but other than that they have been performing well lately. Meanwhile, the Eagles have been inconsistent in the past few months, and especially on the road, they have been on a dull run.

Likely, expect the former to have the upper hand.

Particularly on the road, Cambuur have been on a great streak, and they are scoring goals in huge numbers. In fact, they have had a 100% winning record at home since January, save for a single loss, and a draw.

In the meantime, the Eagles have been conceding goals in huge numbers, and they also have a poor h2h reocrd against this foe on the road.

By the looks of things, expect a win for Cambuur this Saturday.

Cambuur vs Go Ahead Eagles Prediction

Cambuur were unbeaten in 22 of their past 26 overall games, and 17 of these were wins. They  had even gone on a seven-game winning run at home during this stretch.

On the other hand, their counterparts were winless in six of their preceding nine fixtures, and they also have a poor h2h record against this foe over the years.

Likely, expect Cambuur to deliver a win this Saturday at their home.

However, their defense has been a bit shaky lately, and on top of that, the Eagles have been scoring consistently, in spite of their results.

As such, expect goals in plenty this weekend between these two squads.