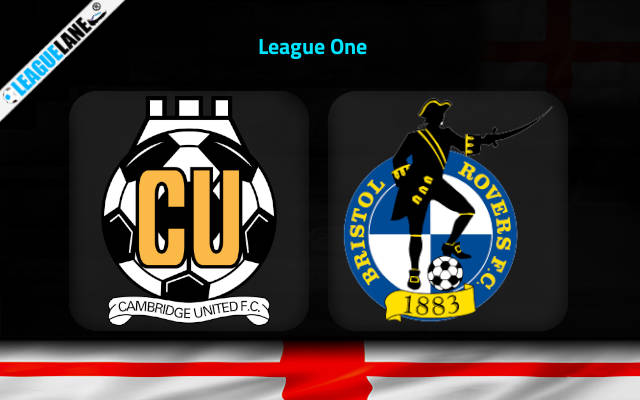 Cambridge vs Bristol Rovers Predictions and Free Tips from our expert tipsters when the teams go head-to-head in League One on Saturday, 7 January 2023.

Bristol won their ninth game of the season as they defeated Cheltenham by 2-1. Towards the end of December, they were struggling to win. However, now they have improved their form.

Cambridge suffered an embarrassing 5-0 defeat at the hands of Sheffield Wednesday. This is their second consecutive defeat. They have a weak form at home as they have lost three of their last four fixtures at Abbey Stadium.

In the last seven years, the visitors have dominated this fixture. They are on a four-game winning streak against this team.

Another interesting fact is that the last time Cambridge won this fixture was way back in 2004. Both teams will be meeting at Abbey Stadium after a period of eight years.

Who will win the match between Cambridge and Bristol Rovers?

The past records show that the visitors have won this fixture on numerous occasions. Also, they are unbeaten in three of their last four away fixtures. Therefore, we can expect Bristol to take all three points from this game.

This fixture is a high-scoring one in recent times. The last four consecutive meetings between these two teams ended with a minimum of three goals combined.

Both teams have scored consistently in the last five fixtures, with just one exception which was during the 2015/16 season. We can back the same trend this time as well.

The visitors are on a four-game winning streak against this team. Moreover, Cambridge have not won this fixture in the last fifteen years. Therefore, our first tip is that Bristol Rovers will win this game – the odd for this tip will be at 2.30 odd.

Our second tip is that Josh Coburn to score anytime – at 3.40. Since Boxing day, he is in good goal-scoring form as he scored in his last three consecutive appearances.

Also, you can bet on both teams to score – at 1.80. The main reason is that both teams have scored a combined total of eight goals in their last two matches.