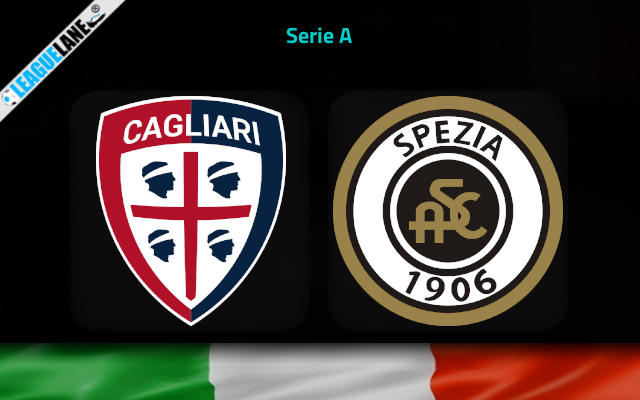 Cagliari and Spezia will lock horns in a low-profile opening round of the Serie A clash on Monday afternoon at the Unipol Domus.

Only two points separated Cagliari and Spezia in the bottom half of the Serie A standings last season.

Both teams enter the new season with relatively modest ambitions. As much as their fans would love to see them in contention for European spots, Cagliari should be happy to avoid the relegation scrap in this season.

The hosts did produce a strong display in their maiden competitive game of the season, beating Pisa 3-1 last weekend in the last 64 round of Coppa Italia.

Leonardo Semplici’s troops controlled the game right from the get-go. They finished the job in the first half when they scored three goals.

Pisa were limited to just one shot on target and one corner in the 90 minutes of the affair at the Unipol Domus (formerly known as the Sardegna Arena).

However, Semplici has reasons to be worried after his team’s pre-season defeats to Augsburg and Mallorca (pretty much the only two serious rivals they’ve faced this summer).

Spezia were also successful at the beginning of their Coppa Italia journey. They picked up a 1-3 away win over Pordenone, courtesy of goals from Martin Erlic, Dimitrios Nikolaou, and Ebrima Colley.

Spezia proved to be a tricky opposition to Cagliari last season. Given that Leonardo Semplici’s men did not show an extraordinary form in pre-season tests, we do find the value in backing the visitors to leave Sardinia unbeaten on Monday.

After all, Cagliari scored only one goal in the friendlies against Augsburg (a 1-3 loss) and Mallorca (a 0-1 defeat). This is why we are tempted to back the hosts to score fewer than two goals here.