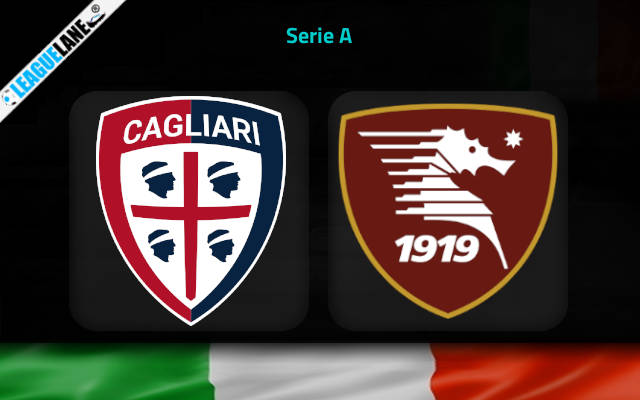 Both these teams are placed bottom-most in the table in the Italian top flight. And it goes without saying that these two are prime contenders to get relegated at the end of the season.

In fact, Cagliari and Salernitana have combined to register a total of three wins from their total 26 games in the league so far, and all through this stretch, they have been conceding goals in huge numbers.

Going on, either of the squads will be desperate to put an end to their dismal streaks, and will consider each other as the perfect opponent to record a great win over.

As such, anticipate a fierce clash between the two teams at the Sardegna Arena, and goals in plenty as well.

Cagliari recorded a 2-2 draw the last match-day against Sassuolo. They had lost the four games before that, and they had remained winless in 12 of their preceding 13 fixtures.

Going on, they had conceded two or more goals in 11 of their previous 13 matches, and they have a total of two wins at home since April.

On the other hand, Salernitana lost 0-2 at home against Sampdoria the last match-day. They had also lost five of their preceding six games, and they too were winless in 11 of their former 13 games.

Considering these stats, as well as the huge goal-scoring numbers in past h2h meetings, expect a high-scoring affair this weekend too.

Tips for Cagliari vs Salernitana