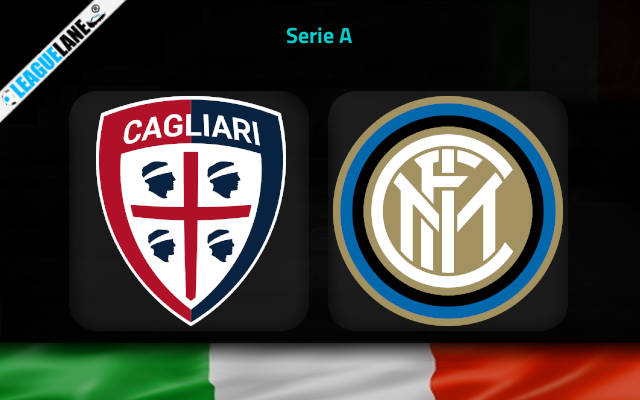 Cagliari scored golden goal in the eighth minute of added time in a 1-1 draw to direct relegation rivals Sampdoria seven days ago.

Giorgio Altare bagged his maiden goal of the season to rescue a huge point for I Rossoblu who are still just one point behind Salernitana in the safe zone.

However, a defeat here against the title chasers Inter Milan, paired with Salernitana’s win at Empoli, would mean the farewell from the elite tier of Italian football for Cagliari even before the final day fixture against the rock-bottomed Venezia.

Cagliari have generally been struggling badly to perform of late. They decided to part ways with Walter Mazzarri after back-to-back defeats to Verona and Genoa.

There are thus really not too many positives for Cagliari ahead of this 27th round clash against Inter Milan who can’t afford a failure at Unipol Domus being two points shy of their arch-rivals AC Milan at the top of the Serie A table.

Inter Milan come into this as huge favorites. They won six of the previous seven league outings and they completed a big comeback to see off Empoli 4-2 last weekend at Stadio Giuseppe Meazza despite shipping two early goals on the occasion.

Each of the last five matches Inter Milan played saw the Over 2.5 goals FT & Both Teams To Score option coming in. The visitors are scoring goals for fun these days, they desperately need points in the title race, and they are set to face the struggling rivals who will likely play second-division football next season.

We will back Inter Milan to have the lead at the half time and win the match at the end at the odds of 1.90.