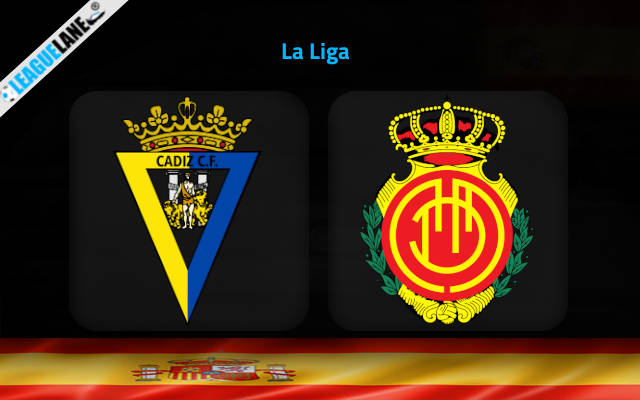 Cadiz vs Mallorca Predictions and Free Tips from our expert tipsters when the teams go head-to-head in Spanish La Liga on Saturday, 28 January 2023.

Cadiz are possibly one of the absolute worst teams in the Spanish top flight this season, and are deservedly placed 19th in a table of 20 at the moment.

Meanwhile, Mallorca are going after a top-six spot as of now, and need a surplus of just three points as things stand.

Mallorca recorded a 2-1 win in the latest encounter between the two, and importantly, they are unbeaten against this opponent in the past 32 years.

It also deserves to be mentioned that the last the hosts kept a clean sheet at this stadium was back in 1991.

Who will win the match between Cadiz and Mallorca?

Mallorca are unbeaten against this foe in the last 32 years, and not once did they fail to find the back of the net at this ground since 1991.

Going on, Cadiz won just thrice this league campaign, and only one of those victories came at home. Moreover, they let in the most number of goals at home in the whole of La Liga.

Meanwhile, Mallorca have been consistent with their performances lately, and are going after an entry into the top-six. They lost just twice in the competition in the past four months.

It appears that they are on course to post the three points on offer this weekend.

Not only do Cadiz have one of the worst defenses in the entire competition, but they let in the most number of goals at home. On top of that, they failed to keep a single clean sheet at home in h2h encounters in the past 30 years.

Chances are quite high for goals to come in plenty this Saturday.

Mallorca might have the upper hand this weekend, but do note that they lost their last two road trips. On top of that, every single h2h clash in the past four years had goals from both sides of the pitch.

The desperate Cadiz are not going down without a fight. Count on them to find the back of the net at least once.

Mallorca have an unbeaten record in h2h meetings that stretches back more than three decades. They are also in hunt of a top-six spot at the moment, and have been consistent with their overall performances in the league lately.

On the other hand, Cadiz have been a total mess in recent weeks. They are placed 19th in a table of 20, and won just once at this venue all through this current league campaign.

As such, a win for Mallorca at an odd of 3.00 looks very promising.

Going on, both teams have not fared well with their defense lately. In fact, 100% of h2h clashes in the past four years had goals from both teams, while the hosts last kept a clean sheet at this venue in an h2h encounter in 1992.

By the looks of things, the Both Teams to Score wager would be a great pick, at an odd of 2.25.