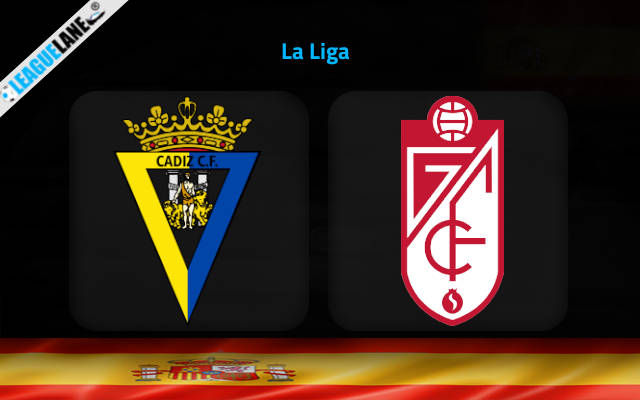 This is a huge game for both Cadiz and Granada. We have to favor the visitors who will enter it in much higher spirits following a 2-1 victory over Alaves. The hosts have been way too vulnerable defensively and we believe Granada should have what it takes to exploit these holes at the back and pick up the second win in a row.

Cadiz and Granada will close the Matchday No 17 in a low-profile La Liga tie on Monday evening at Estadio Nuevo Mirandilla.

The two outfits are separated by just three points down in the bottom half of the standings. Cadiz are actually third from bottom and they desperately need to arrest the current slump in form as soon as possible.

Cadiz are probably one of the most out-of-form teams in the league right now. They lost three successive La Liga games, shipping as many as eleven goals in the process.

Head coach Alvaro has a lot to deal with in terms of improving his team’s back line. After all, Cadiz conceded eleven goals in the fixtures against Getafe, Atletico Madrid, and Elche.

The hosts now have the worst defensive record in the entire division after such a dreadful streak of results.

Granada will enter this tie in much higher spirits. They took four out of possible six points in the last two rounds.

Robert Moreno’s men got their third win of the season last weekend when they dispatched Deportivo Alaves 2-1 at Estadio Nuevo Los Carmenes.

Granada thus escaped the red zone and are now three points above the 18th-placed Cadiz.

Tips for Cadiz vs Granada