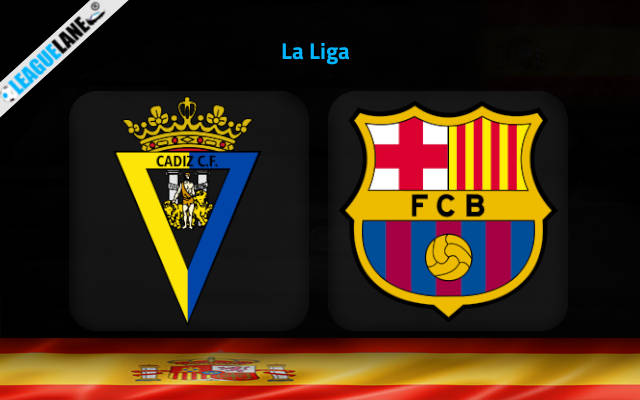 The joint-best attack in the league will meet the second worst defense on Saturday afternoon when Barcelona travel to Estadio Nuevo Mirandilla to face the rock-bottomed Cadiz in Matchday No 5 of La Liga.

Another way to describe this tie would be the second-best defense in the competition takes on the worst attack in the league.

Either way, everything points towards an easy win for the Catalans in a straightforward affair this weekend.

Barcelona started the season with a goalless draw at home to Rayo Vallecano, but they went on to celebrate three comprehensive victories over Real Sociedad, Real Valladolid, and Sevilla, netting eleven goals in the process.

Xavi seems to have found the right chemistry among the newcomers as the likes of Robert Lewandowski and Raphinha are enjoying their time on the pitch at the beginning of the season.

They were both on target in the 0-3 thumping of Sevilla seven days ago at Estadio Ramon Sanchez Pizjuan.

The Polish forward is the joint- best goalscorer in the league with five goals in four appearances.

He should have plenty of space to deliver in the final third here against Cadiz who are the only team in the competition without a single point after four rounds.

Moreover, Cadiz are yet to score a goal this season as their goal difference is 0-10 going into this fifth round matchup against one of the best teams in the country.

Cadiz are yet to score a goal this season and we sincerely doubt they will manage to get it against the likes of Barcelona.

Anything but a commanding victory for the visitors would represent a huge surprise based on everything we have seen from these two outfits so far in the season. You can back Barcelona to win to nil at the 2.00 odds.