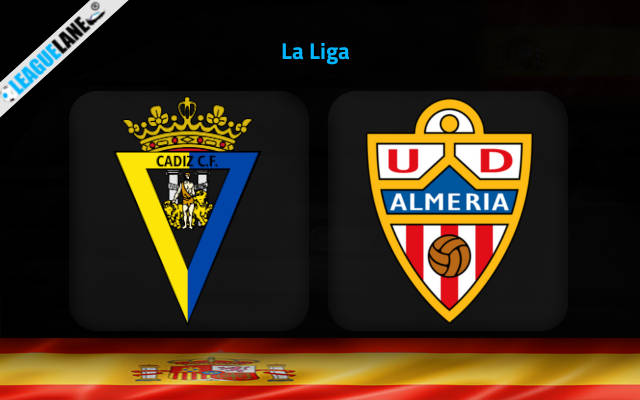 Cadiz and Almeria have celebrated famous wins over Rome’s heavyweights Roma and Lazio in their final checks before the post-World Cup La Liga continuation.

Ruben Alcaraz, Theo Bongonda, and Alvaro Negredo were on target in a big 0-3 victory over Jose Mourinho’s Roma two weeks ago for Cadiz.

It was a massive confidence-booster for the team led by Sergio Soriano Gonzalez. Cadiz will indeed need as much confidence as possible because they currently sit second from bottom in the domestic league table.

The home clash against bottom-half rivals Almeria is a huge game for Cadiz who have won only two games since the beginning of the season.

On a positive side for head coach Sergio, the team indeed looked in a great attacking form in the recent friendlies, netting the total of ten goals in the clashes against the likes of Manchester United, Wolves, and Roma.

This is a phenomenal run for the outfit with the worst attacking record in the Spanish top flight (9 goals in 14 games so far).

Nevertheless, Cadiz will by no means have an easy task trying to break down Almeria on Friday. The visitors have shipped just one goal in the last two exhibition outings against the likes of Torino and Lazio.

If we count all competitions, none of the last six matches Almeria played provided three or more goals.

This is a massive game for the hosts, but we believe they will struggle in attempts to break the stubborn Almeria defense on Friday. Almeria did play much better at home than on the road so far in the season, claiming just one point in seven road fixtures this term.

Nonetheless, we will go for the goalless draw here. The bet you are searching for is Draw & Under 2.5 goals FT at the 3.60 odds (just in case the teams do find a cheeky goal each).