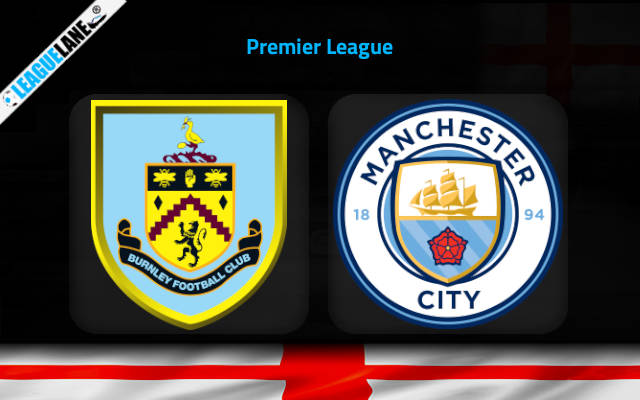 Relegation strugglers will host title hopefuls on Saturday afternoon as Burnley play Manchester City in the 31st round of Premier League at Turf Moor.

Clarets have had a dreadful last month, losing all three Premier League fixtures by at least two goals difference without scoring a single goal in the process.

Burnley desperately need to shift their fortunes around as soon as possible as they sit second form bottom in the table with four points between them and Everton in the safe zone right now.

The clash against the current Premier League leaders thus comes at the worst possible moment for Sean Dyche and his troops as it is very hard to expect the hosts snatching the salvation points against one of the strongest teams in the country.

To make things worse for the hosts, Manchester City will be extra motivated to claim the spoils after surprisingly dropping the ball in a goalless draw at Crystal Palace in their previous league action.

Pep Guardiola’s men are now only one point above Liverpool at the top of the standings. They did fix the impression with a 1-4 drubbing of Southampton in the FA Cup quarterfinal before the international break, though.

The Citizens had four different players on the scoresheet on the occasion. They have been particularly tough to break down as well recently, conceding just once in the previous six away fixtures in all competitions.

Manchester City to win to nil is well worth backing at the 1.83 odds. The visitors have kept their net untouched in five of the last six away matches in all competitions and they have allowed only one goal in the previous nine head to head affairs with Burnley.

Since Clarets have been on a dreadful run of form in March, we will also back Manchester City to win by three or more goals difference at the odds of 2.65.