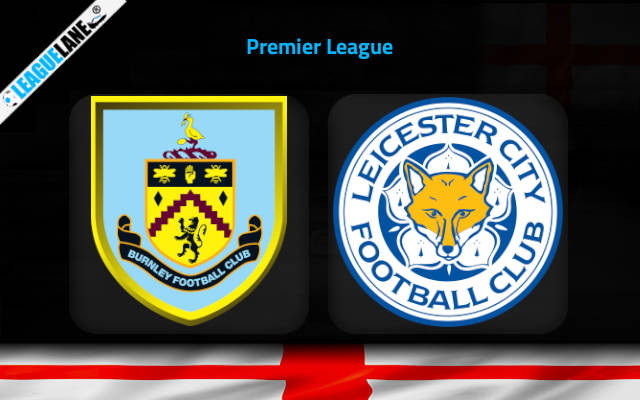 Burnley moved up to third from bottom in the Premier League table after impressive back-to-back victories over Brighton and Tottenham in the last two rounds.

Sean Dyche looks to have found the way to fix the holes in his team’s back line as Clarets looks much more compact defensively of late.

Nick Pope upped his game between the sticks, while Ben Mee delivered at both ends of the pitch, also scoring the match-winner against Tottenham Hotspur last week.

Burnley have thus conceded only two goals in the last six games in Premier League despite playing the likes of Manchester United, Liverpool, and Tottenham in the process.

They will be hoping to extend the strong spell of form and pick up precious points in the relegation battle on Tuesday evening when Leicester City come to visit Turf Moor in a postponed match of Gameweek No 22.

Leicester have been in a completely opposite rhythm lately. They drooped to bottom half of the standings after a streak of three losses and two draws in the last five Premier League games.

Brendan Rodgers has had huge problems with injuries and suspensions throughout the entire season and the Foxes just can’t seem to catch a break in this term of the competition.

Their latest failure came nine days ago when they lost 2-1 away at Wolverhampton Wanderers.

Leicester have conceded at least two goals in four of the last five Premier League outings. This will be the music to the ears of Wout Weghorst who bagged his maiden Burnley goal in the 0-3 thumping of Brighton ten days ago.

Burnley will go into this tie in much higher spirits but we must also take fatigue into consideration because they have played four games in the last two weeks, while Leicester have only had a single during the same period.

We thus see the scoring draw as the way to go. Leicester are not capable of defending these days, but we believe they have what it takes to score at Turf Moor. You can back goals at both ends at the 1.70 odds.