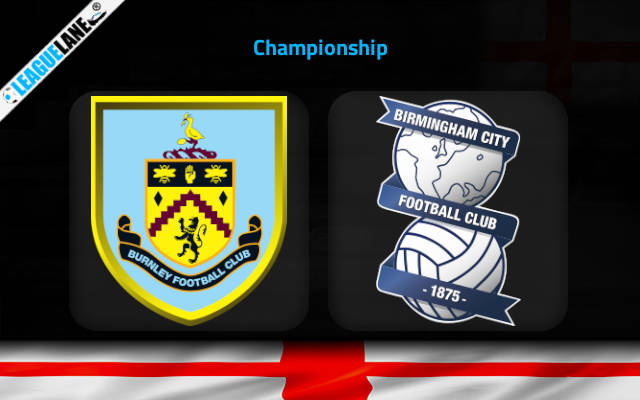 Burnley and Birmingham will drop the curtain on the Boxing Day Gameweek in English Championship with their clash on Tuesday evening at Turf Moor.

Clarets will be searching for their fourth consecutive win, while Birmingham are hoping to back up a decent performance from the last weekend’s 3-2 home win over Reading.

Vincent Kompany is doing an amazing job at Burnley. The former Man City center back is on the best way to secure an immediate return to the elite class football for Clarets.

They have shown excellent team spirit to come from behind in a tough home clash against in-form Middlesbrough last Saturday.

Manuel Benson starred with a brace on the occasion. The 25-year-old Belgian has seven goals to his name this term and we like his chances of causing damage against Birmingham here.

The visitors celebrated an important victory over Reading last Friday thanks to a stellar showing in the first half of the affair.

The Blues bagged three unanswered goals in quick succession to clear the path to the important three-pointer. They did allow two goals late in the game but these did not affect the players’ mood.

John Eustace’s men are now 9th in the league standings with just two points between them and the promotional playoffs positions.

Clarets ended their four-win streak across competitions last Wednesday when they fell 2-0 away at Manchester United in the last 16 round of League Cup. Nevertheless, they are scoring goals for fun in Championship and we expect them to continue doing so here against Birmingham.

Burnley to win & Over 2.5 goals FT is the main betting option at the odds of 2.62, while we will also back the in-form Manuel Benson to score anytime at the super-attractive 4.00 odds.