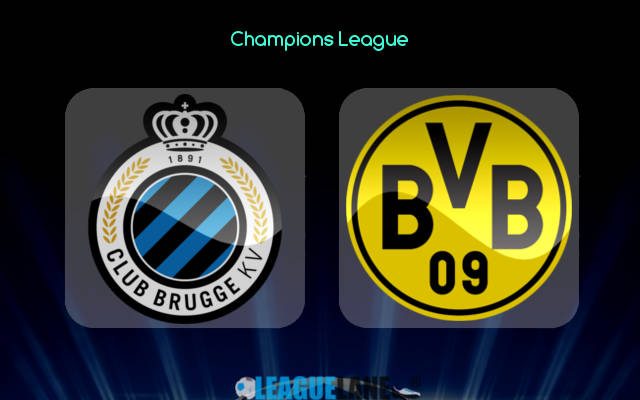 Brugge have surprised everyone by collecting four points from duels against Zenit and Lazio, so they have more than solid chance to earn one of top two spots.

Upcoming clash against Borussia Dortmund is of huge importance of course. BVB have slipped once in Rome, but bounced back with home victory against Zenit last week.

Judging by some early days in Bundesliga, Favre’s squad finally learned how to improve defensive stats. They are also big favorites to win this encounter at 1.66 odds.

There were five head to head matches between Club Brugge and Borussia Dortmund in the past. Interestingly, Belgium side has 3-1 lead in terms of victories.

The most recent meetings were in season 2018 in UEFA Champions League group stages. Dortmund conquered this stadium with a 1-0 win, while match at Signal Iduna ended without winner and without goals.

The total number of goals scored in all previous matches is 11, which averages 2.20 per duel.

Brugge started with a surprising 2-1 victory in Russia against Zenit St Petersburg. Three points were secured deep into the stoppage time thanks to goal scored by Charles de Ketelaere. The follow-up game against Lazio wasn’t so great, ending 1-1 in Belgium.

It is worth adding that Italian side had so many absent players, which was a great opportunity for hosts to claim all three points. They barely got out with one.

Philippe Clement’s squad is doing poor on the domestic scene lately, failing to secure one single win in last three outings. The most efficient players are Krepin Diatta and Hans Vanaken with five goals each.

As for their opposition, Borussia Dortmund are looking really strong on the pitch in the last 30 days. They have won last three appearances across competitions against Schalke, Zenit and Arminia Bielefeld with total goal difference of 7-0.

We believe BVB will take all three points from Belgium, but also concede at least one goal.