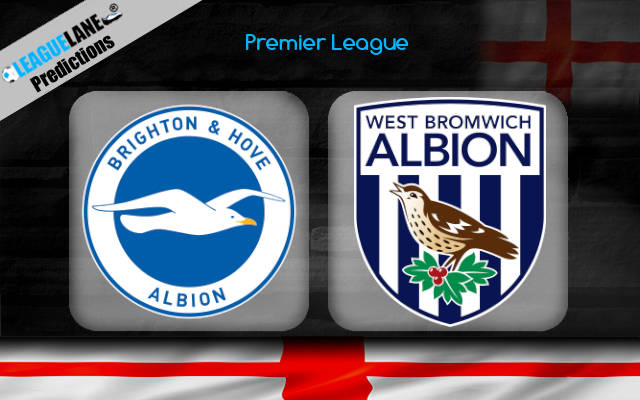 The Baggies have been one of the worst teams in the whole competition this season, and they are still searching for their first win as of now. They are also a newly-promoted team, and for the reason, they are finding it hard to cope with the level of competitiveness in the top flight.

In addition, they have also conceded the most number of goals so far in the league, and have a 100% losing record on the road as well.

Meanwhile, the Seagulls have had a tough start to their campaign, and they desperately need a breakthrough at the moment. They have shown their grit in tough situations before – when they had to deal with the scare of relegation towards the end of the 2019-20 season.

Considering the struggles of Slaven Bilic’s men, and the desperation of the experienced Seagulls, expect Brighton to be the better team on the pitch this Monday.

The Seagulls secured a 1-1 draw on the road the last match-day, against Crystal Palace. In the meantime, the Baggies were held to a goalless draw at home by Burnley.

As things stand, Bilic’s men are the underdogs. They were winless in 11 of their former 12 overall games, and the sole victory during this stretch had come against a team from the lower division – Harrogate.

Going on, they had also conceded two or more goals in seven of their preceding ten fixtures, and their latest win away from home had come four months back. In fact, since February of 2020, they have won just once on the road.

In addition, they lost the latest h2h meeting 1-3 at home, and most importantly, it’s been over three decades since they have registered an h2h win at this ground.

Potter’s men, who are looking to get back to their track, will make full use of this fixture, and post a good result this week.