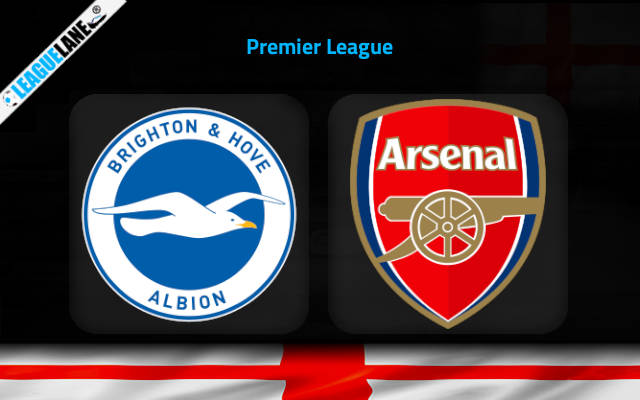 This has the potential to be the game of the day in the Premier League. The reason is that Brighton have been the surprise team so far and have started very well and Arsenal after a slow start and have won 3 games in a row.

Brighton come into this fixture in 6th place with 13 points. They could have gone top of the league had they beaten Crystal Palace last weekend instead they had to settle for a draw. The draw would have felt like a win though given that they equalised with the final kick of the game.

Arsenal look to have recovered after their shocking start to the season and have three wins in a row. The club played their best game of the season last weekend as they beat bitter rivals Tottenham 3-1. The game was effectively over by half time as the Gunners were 3-0 up.

Mikel Arteta’s side played great football and that would have been welcome for the faithful fans to have seen, but make no mistake this is a big test for the Londoners. With victory Arsenal would go just a point behind Graham Potter’s side and move into the top 10 for the first time this season.

Brighton vs Arsenal: Head to Head

Which Arsenal team will turn up and can they turn on the style away from home? There are so many questions about this Arsenal side, for example was the victory over Tottenham the start they needed to begin their season now and play the good attacking and slick football that we know they are capable of.

If Arsenal can play like they did last weekend then Brighton will have little chances to get the win. Brighton are a strong side though and crafty and cannot be ruled out. But we will put our faith in Arsenal to do well as the manager Arteta tries to win the manager of the month award also.