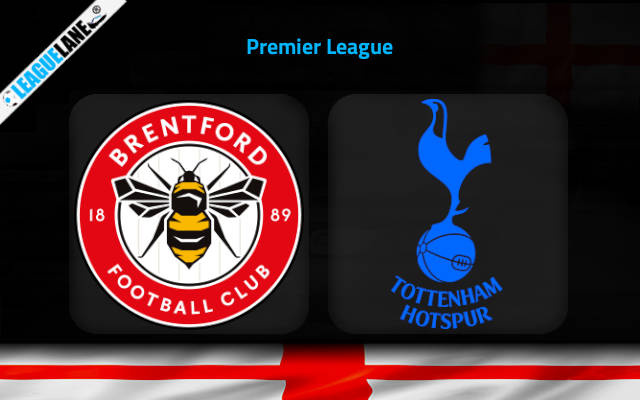 Brentford and Tottenham will have the honor of opening the traditional Boxing Day schedule as they meet each other on Monday afternoon at Gtech Community Stadium.

It is a place where Brentford have suffered just one defeat in seven games this season in the Premier League, scoring 13 goals in the process.

The Bees are generally unbeaten in the previous three league affairs, a run that helped them move up to the 10th position in the standings.

The problem for Thomas Frank and his troops is, however, the poor form in the mid-season friendies since the Bees lost two and drew one of three outings during the World Cup break.

They have conceded at least two goals in each of these three games, including five in total in the last two outings against Celta Vigo and Wolfsburg.

This will be the music to the ears of Harry Kane and company. England’s captain is having a great season with 12 goals to his name so far.

We expect to see Kane in the starting lineup and highly motivated to forget his penalty miss for the Three Lions in the quarterfinal loss to France at the World Cup in Qatar (1-2).

Tottenham hold the fourth position in the Premier League ladder after 15 rounds of the competition. The fact they have bagged as many as 31 goals in 15 games says enough about the team’s attacking output in this term.

These two teams have genuine predators up front in the likes of Ivan Toney and Harry Kane. Spurs are the favorites but the fact that Brentford lost just one of seven league games on the home patch makes us rather take the home win or draw double chance option at the 1.83 odds.

It is also worth noting the visitors will be without injured Richarlison, while Heung-Min Son is still not fully recovered from his eye problem. The second pick will be Ivan Toney to score anytime for the hosts at the 2.87 odds.