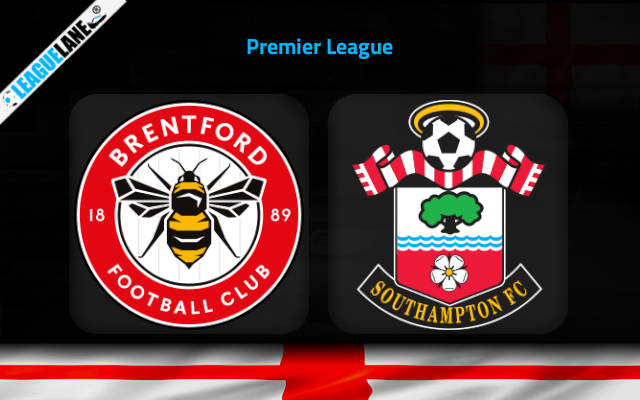 Brentford vs Southampton Predictions and Free Tips from our expert tipsters when the teams go head-to-head in English Premier League on Saturday, 4 February 2023.

Southampton continue to be the worst team in the English top flight, and are on course to get relegated at the end of the campaign.

Meanwhile, Brentford are on a long stretch of consistent performances. They need a surplus of six points to climb into the top-five of the table, but do have a game in hand.

The latest encounter between the two teams ended in a 3-0 win for Brentford. They won three of the past five meetings between the two squads, and importantly they are on an unbeaten run at this venue since 2011.

Who will win the match between Brentford and Southampton?

Brentford are one of the three teams in the league to have remained unbeaten in the last five game weeks, and they lost just once at home this whole league season. And the loss came against Arsenal.

On the other hand, Southampton are placed bottom-most in the table, and are one of the very few teams to have lost four of the last five fixtures. On top of that they also have a poor h2h record against this rival.

Likely, anticipate a win for hosts Brentford this weekend.

The latest clash between the two was a three-goal affair. Not just that – but 100% of h2h meetings at this ground in the past two decades had three or more goals, barring a single fixture.

And taking into account the poor defense of Southampton, expect a high-scoring fixture this Saturday.

Brentford might be in good form, but one thing that worries their fans is that they have a single clean sheet to their name at home in the last three months. On the other hand, it has been more than three months since Southampton failed to find the back of the net at home.

It appears that chances are quite high for goals to come from both sides of the pitch.

Brentford are one of the only three teams along toppers Arsenal and third-placed Newcastle, to have remained unbeaten in the last five game-weeks. They also have an unbeaten record at home this league season – barring their defeat against Arsenal.

In addition, they won the latest h2h clash 3-0, and are unbeaten in h2h meetings at this venue in the last 12 years.

On the other hand, Southampton are placed 20th in a table of 20, and are the absolute worst team in the PL this season. Surely, Brentford to Win at an odd of 1.90 will be the best tip for the weekend.

Going on, they are scoring consistently at the moment, and have done so all through the campaign. And in spite of all their struggles, Southampton have put up respectable goal-scoring numbers. On top of that, majority of h2h meetings also had goals in huge numbers.