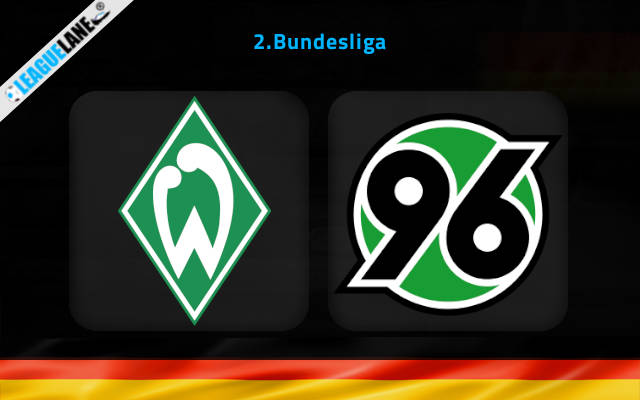 Werder Bremen begin their life in 2. Bundesliga with the home fixture against Hannover on Saturday evening at WESERSTADION.

Bremen finally dropped down to the second tier of German football after several years of struggles in the elite class. They conceded four goals over two relegation playoffs ties against Osnabruck and failed to preserve the top flight status despite winning the return fixture 3-1 on the home patch.

Werder lost only a few of their starting XI players this summer. Milot Rashica went to Norwich, Davie Selke returned to his parent club Hertha, while Theodor Gebre Selassie made a surprising move to Slovan Liberec.

The team led by Markus Anfang will be stronger for several decent players, though, including Lars Lukas Mai (came on loan from Bayern Munich) and Nicolai Rapp (made a move from Darmstadt).

Anfang’s troops did not look very well organized at the back in pre-season as the team conceded two goals to Zenit (a 2-2 draw) and three goals to Feyenoord (a 3-3 draw) in recent friendlies.

Speaking of the lack of defensive meticulousness, we have to mention Hannover’s dreadful back line in the off-season. The visitors shipped four goals in each of the last two tests against Hertha (a 4-4 draw) and Magdeburg (a 2-4 defeat).

This match definitely has goals in it. Neither of the two managers can be proud of their teams’ defensive showings in the off-season. Knowing that both outfits do possess talented forwards in their ranks, backing goals at both ends has to be the way to go.

We also fancy the 1.80 odds offered for Werder Bremen to score two or more goals on Saturday evening. It is a bet well worth backing knowing that the visitors conceded four goals in each of their last two pre-season tests.