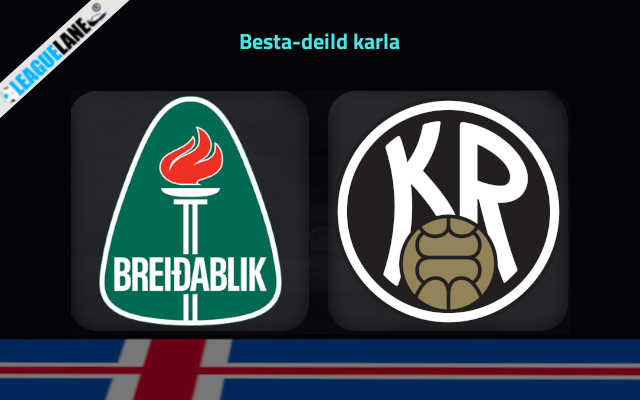 Breidablik had an impressive start to this season. They recorded positive displays in the beginning and did the same further in the league to climb up to the top spot of the league table. They won each of their first 8 games to collect a total of 24 points.

However, Breidablik ended up their 8 game long winning streak since the beginning of this season conceding a defeat in their most recent clash against Valur on road. It was a close defeat with a score of 3-2 ft. They will be desperate to return back to their strongest form.

Meanwhile, KR Reykjavik had a winless start to this season. They have succeeded in changing their momentum further and have recorded unbeaten outcomes to wove a thread of those in the league outings till now. Their decent offensive and average defensive line-up is also a plus for them.

KR Reykjavik recorded a 3-3 draw at home against Akranes in their most recent league fixture. With that draw, they are now following a streak of six unbeaten games in the league. They will be hoping to extend the above streak for sure.

The home form of Breidablik is so excellent at present. They won each of their four home league outings so far this season. Their offensive side have scored three or more goals in each of those positive home recordings too.

On the other side, KR Reykjavik is having a decent form on road. They won three of their 4 league fixtures on travels so far this season. However, we can see their defensive lineup leaking goals in each of those four on road outings.

When analyzing the above stats, we expect a highly competitive clash between these two outfits with Breidablik ending up in the winning side when the referee blows the final.