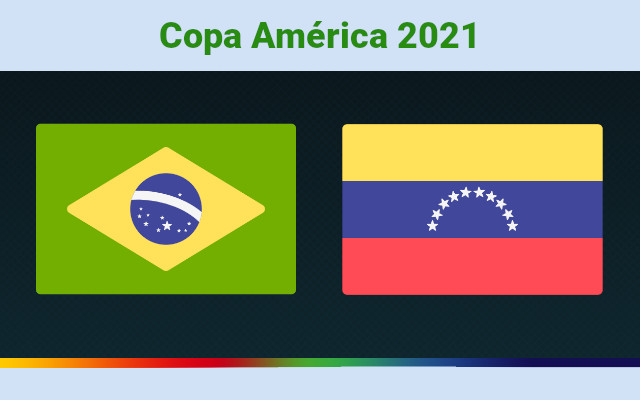 Copa America is back amidst all the uncertainties and change in venues with Brazil the host nation taking on Venezuela.

The Selecao are hot favourites to defend the title and no other South American team can match them in form leading to the tournament.

Straight 6 wins in World Cup qualifiers and the last four with clean sheets gives them much needed confidence heading into the opening group game.

Besides, Tite has a squad free of injuries and fitness issues and strength and depth in all departments.

Meanwhile, Venezuela made huge improvements under Rafael Dudamel and reached as high as 25th in the FIFA rankings by the end of 2019. However, his resignation in 2020 took the team down the hill once again.

The team that reached the quarter finals of Copa América Centenario is coming to the 2021 edition on the back of 1 win from the last 6 games. They dropped 5 places in FIFA rankings to 30th as well.

The teams last met in the qualifying fixture in November 2020 and Brazil managed a narrow 1-0 win courtesy of Roberto Firmino.

The result stretched the Seleccao’s unbeaten run over Venezuela to 8 games, 5 wins and 3 draws.

The teams played a goal-less draw at the Copa América Centenario in 2019. This helped Brazil stretch the unbeaten h2h record in the competition to 8 games with 6 wins and 2 draws.

International football returned for Brazil after a year hiatus in October 2020 in the form of World Cup qualifying fixtures. They played 6 games in the competition since and no friendlies and bagged wins in all of them.

They are yet to play the likes of Argentina, Colombia and Chile, though the performances both home and in some difficult away grounds are nothing short of impressive and pick of those wins will be the 2-0 at Uruguay.

Tite’s men conceded just 2 goals during that period, both away in the 4-2 triumph against Peru.

Venezuela on the other hand had a terrible start to their qualifying campaign. They started off with a trio of defeats against the likes of Colombia, Paraguay and Brazil before upsetting Chile 2-1.

They are also win-less in the two qualifiers played in June, one of them is a 1-3 defeat at Bolivia, but some confidence is restored after holding Uruguay to a goal-less stalemate.

Still, creating chances as well as finishing off whatever comes their way remains a big worry for José Peseiro’s troops. They netted just twice since international football returned from covid-19.

This Brazilian team is at the peak of their form as they managed to develop into a fluid cohesive unit over the period of two years.

The recent results speak for itself, especially at the home turf where they show no mercy to the opponents.

With the likes of Neymar and Richarlison impressing in the two qualifying matches this month and now Firmino and Gabriel Jesus have joined the fore, it will be very difficult to stop them.

Therefore, I expect a strong start of the team in green and yellow at Brasilia against a team struggling to score goals since the end of 2020.