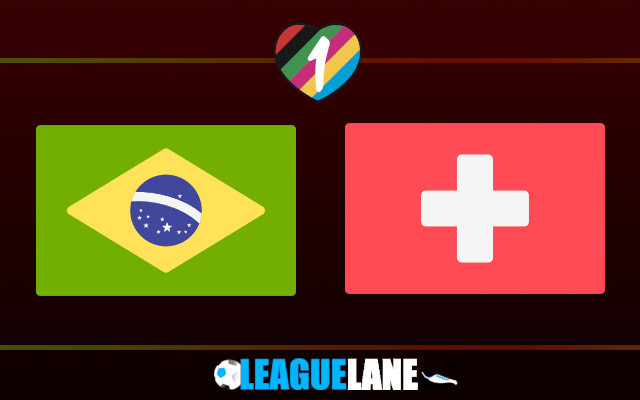 Brazil arrived to Qatar as one of the main contenders for the World Cup title. They have completely justified the tag in the opening game, easing past Serbia 2-0 on Thursday night.

Tite’s men did need some time to break the Serbians down, but it was generally a one-way street from the first to the final whistle.

The South American giants completely controlled the happenings on the court, registering as many as ten shots on target against a very strong Serbian squad.

Richarlison was the main catalyst for the win with a brace on the occasion. The second goal was a genuine masterpiece.

However, Brazil have plenty of firepower in the final third and all over the pitch and any player can jump out on any given day against any opposition in the world.

It is very hard not to see Tite’s machinery as enormous favorites on Monday afternoon against Switzerland.

La Nati got the job done on Thursday

Switzerland did not shine on Thursday morning against Cameroon but they got the job done, earning three points through Breel Embolo.

The man who was born in Cameroon made the difference by netting the only goal of the game just after the half-time break.

Switzerland did not create many clear-cut openings in the opening match and they can be lucky to have taken all three points on the occasion.

However, we must say that La Nati managed to get some impressive results in the recent period.

They topped the qualifying group ahead of European champions Italy and they offered a phenomenal resistance in the battle for the UEFA Nations League throne in League One despite being in the group with the likes of Spain and Portugal.

Switzerland did manage to take a point in the clash against Brazil four years ago in Russia (a 1-1 draw) but we can hardly see them repeating such an accomplishment this time around.

Brazil left a way better impression on the opening day and we expect them to secure another easy victory on Monday. The value is great with the 2.50 odds offered for Brazil to win to nil.

Vinicius Junior had two assists on Thursday and we believe the time has come for his maiden goal at the World Cup. You can back Real Madrid’s winger to score anytime at the odds of 2.80.