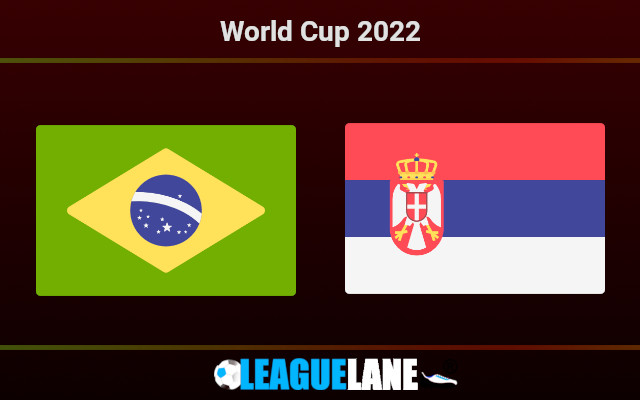 Here comes Brazil, the most successful team in the… why bother? You know who they are! The Samba Magicians are determined to lift the trophy at any cost, and upon God they have a monstrous squad at disposal. And the misfortune to open against them falls on Serbia of all teams.

It might be a hard pill to swallow for the Serbians, that after all the miracles they pulled off lately, they have to take the hardest challenge of them all in Qatar.

They were grouped together with former Euro champions Portugal in the UEFA World Cup Qualifiers, and honestly no one expected them to do any better than a second-place finish.

But the players had another thing in mind. In the last round of the games, they were pitted against Portugal, who needed just a draw to ensure their first position in the table. And the Portuguese had the home advantage too.

But in the 90th minute, when the scores were tied at 1-1, Aleksandar Mitrovic broke Portuguese hearts to slot in the winner.

They are also in high spirits after having been promoted to League A in the Nations League.

But would all of this matter against the Selecao? They are possibly the only team in this World Cup who are facing a problem of plenty. Such is the abundance of world-class stars in their mix, that manager Tite honestly do not know whom to field.

Moreover, talisman Neymar Jr is in the form of his life, and is in prime shape. He has a flurry of talented youngsters who look up to him, and this finally might be his chance to come out and grasp his moment of glory.

After all, this burden has been placed on him by his countrymen ever since he made a name at Santos. The crying faces of his teammates after he got injured in the 2014 Quarter Final is still fresh in the minds of fans.

Going on, the team not only has great names on paper, but more than that, they have justified that with superb performances on the pitch. They are ranked first in the world, and they also remained unbeaten throughout their qualification campaign.

Furthermore, they have a great h2h record against this rival over the years. In fact, these two locked horns in the previous edition of the competition, and then the Samba Magicians recorded a win to nil.

Note that they then made it till the Quarter Final, while the Serbians had to bow out in the First Round itself.

Surely expect a win for Brazil this Thursday, as they begin their quest for their sixth World Cup.

The Brazilians are in such terrifying form that they have a 100% winning record in 2022, barring a draw in January. In fact, the last they lost a fixture was back in July of 2021, against arch-rivals Argentina, in the Copa America Final.

Going on, the last they lost to a European team was back in 2018, and it also needs to be mentioned that they lost just against two teams in the past four years – Argentina and Peru.

Meanwhile, Serbia are in good form too, but they not at all have had the chance to take on titans like this recently. They do have good players, but no one would even compare to the likes of stars that the Selecao have on the bench, let alone on the pitch.

And to make matters worse for them, the Serbians have an inferior h2h record against this opponent.

Surely expect Brazil to make a winning start to their campaign.

And when it comes to scoring, Neymar surely takes the cake here. He is the leader, the talisman. Especially in this high-pressure game, all offense will be running through him, and the guy is in unbelievable form. Moreover, he has the penalty duties too.