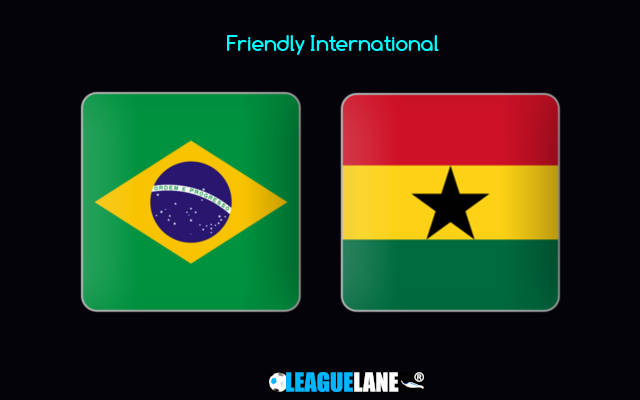 Brazil are easily the best team in the world at the moment and they are the firm favorites to lift the World Cup for a sixth time this coming December. They are expected to deliver a stunning win this Friday against Ghana.

The Brazilians are ranked first in the world at the moment and they also secured the first position in the CONMEBOL World Cup qualifiers. They remained unbeaten all through the campaign and scored the most number of goals in the group as well as conceded the least.

In fact while they found the back of the net an astonishing 40 times, none of the other teams could manage to go past the 30-goal mark. And it also needs to be mentioned that they let in just five goals all through this stretch of performances.

They also were the runners up of the previous edition of the Copa America and there they were defeated by a single goal by arch rivals Argentina.

This time around they have a golden generation of players once more and will be gunning for an unprecedented 6th World Cup. They will be eager to build some early momentum and also to improve their confidence.

Meanwhile Ghana will also be at the World Cup but it needs to be mentioned that they are ranked 60th  in the world, as opposed to their counterparts being placed first in the same list.

Going on the five time world champions also have a great head-to-head record against this rival over the years and taking into account all these observations expect a victory for Brazil this Friday.

On the other hand, Ghana lost two of their past three overall matches and they were winless in 11 of their previous 15 matches. In addition, they also have a rather inferior head-to-head record against this rival over the years.

For these reasons expect a victory for the Brazilians this Friday.

Tips for Brazil vs Ghana