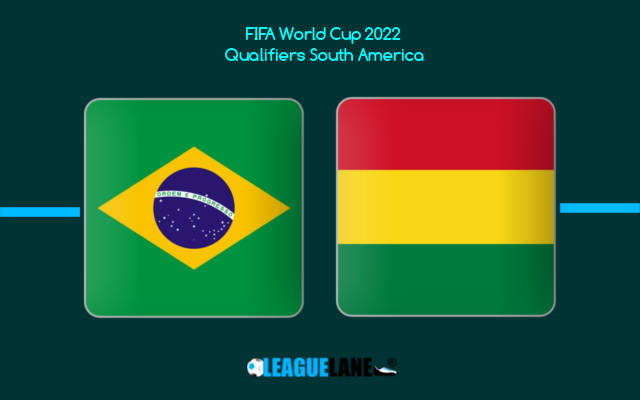 Opponent on the other side of pitch should be a big underdog, team Bolivia, and anything but a convincing win for the hosts would be regarded as a surprise.

Cariocas completely demolished all opposition in the previous cycle of these qualifiers, but had no much luck in World Cup 2018 Russia when it comes to achievements.

Some of the most recent results in friendly matches also raised some alarms, so it will be interesting to see them in action after 11 months.

Brazil were victorious in three out of the last four head to head meetings against Bolivia. These two teams locked horns 13 times in the past and results is in favour of Cariocas 8-2 in terms of victories.

Brazil scored 36 goals in all previous encounters against The Eagles, which is almost 3.00 per duel, while conceding only eight.

When it comes to home matches, records are almost impeccable – six victories, one draw and 26 to 1 goal difference.

As stated above, Brazil had some shaky results in late 2019. Even though lineups were mixed sometimes, Brazil has failed to beat Peru, Senegal, Nigeria and Argentina consecutively, losing two games.

The most recent appearance in November 2019 was a success against Korea Republic 3-0 FT.

Coach Tite can count on high number of top tier players though like Neymar Jr, Roberto Firmino, Casemiro, Philippe Coutinho and so on. All of them played key part in the previous cycle where Brazil collected 41 points from 18 games and qualified for WC months before the campaign ended.

Defense was the strongest part of team back then, conceding only 11 goals. This is why we have no doubt Brazil will defeat Bolivia and keep a clean sheet in Sao Paulo.