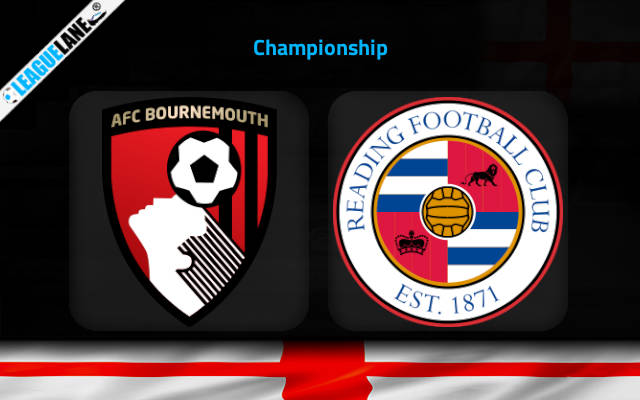 AFC Bournemouth were on track to seal their automatic promotion spot with near perfect performances in February. However, the club has slowed down due to disappointing results this month. With that being said, winning their games in hand would take the team well clear of the rest of the pack.

They could only gain one point in their previous league fixture as their fixture at home against
Peterborough United ended in a 1-1 draw. This was the second time on the bounce the club had dropped with a loss preceding that.

Managing to gain two points on average from their last five league fixtures, the club is now 2nd in the league, fourteen points behind the league leaders, with three games in hand over them.

Reading finally managed to get off the back of an extended run of losses in mid February after a few crucial results the club has now returned to losing ways. The club has a slender cushion from relegation but cannot afford to drop a lot of points.

In their most recent fixture, the club suffered a narrow 0-1 loss at home against Millwall. This marked back to back losses for the team, following which they are now 21st in the Championship, five points clear of the 22nd place team with a game in hand over them.

The hosts have ten points and just a loss in their last five home league matches. They should be able to seal the result with relative ease when they take on a club that has just four points and five losses in their previous seven away league fixtures.

Dominic Solanke is currently the league’s joint second highest goal scorer this season with twenty goals. The former Liverpool man has scored 38% of the team’s league goals this season. Impressively, the English forward has scored in all nine of his team’s wins at home in the league. Hence, I have picked him to score anytime this Tuesday.