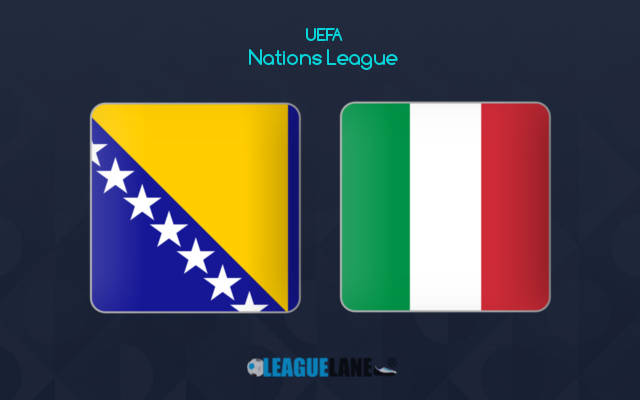 Gli Azzurri are the toppers of the table, and they have maintained an unbeaten record so far in the competition. However, they still are within catching distance for both Netherlands and Poland, and incidentally these two are pitted against each other this Wednesday in the other game of the group.

The safe ploy for Roberto Mancini’s men would be to target a win at the Stadion Grbavica. And it’s really helpful for them that they are locking horns with the worst team in Group A1 – the Dragons, who also have ensured relegation.

Moreover, Dusan Bajevic’s men are also going through a terrible spell at the moment, and they are yet to win an h2h encounter so far in the 21st century.

By all means, count on Italy to secure the three points, and progress to the semis.

The Dragons lost 3-1 on the road the last match-day, against Netherlands. In the meantime, Mancini’s men registered a 2-0 win at home against Poland.

Going on, Gli Azzurri are on a 21-game unbeaten run as of now, and in the process they had also recorded an 11-match winning streak. They have also conceded a total of just one goal from the last six fixtures, and had scored a total of 50 goals from the preceding 16 match-ups.

On the road, they had won seven of their past eight games, and the last they lost away from home was back in September 2018, against Portugal.

On the other hand, their counterparts are on a seven-fixture winless run, and they remained so in 12 of their last 15 games. At home, they had lost four of their previous five appearances, and their last such win had come back in October of 2019.

On top of all that, the Dragons also have a 100% unbeaten record against this rival, and a 100% losing record at home in h2h encounters.

Taking into account these observations, expect an Italian win this Wednesday.