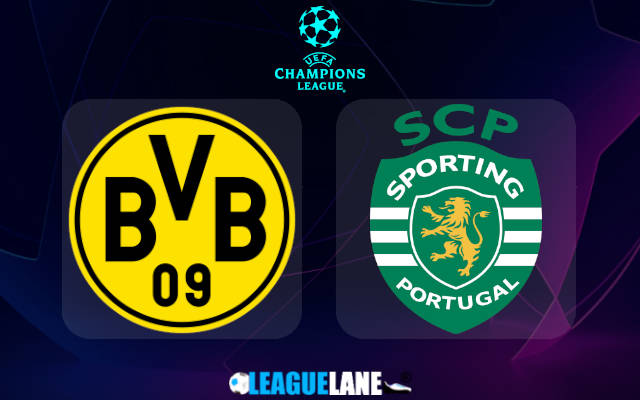 Borussia Dortmund take on Sporting Club Portugal at the Signal Iduna Park on Tuesday evening as the hosts are favourites to win this clash as the visitors will be on caution through-out the entire game.

The hosts currently sit in second place with 3 points on board in group C as they have won their opening game against Besiktas away from home in a 2-1 score line.

In that game, Dortmund had 42% of ball possession as they had 14 attempts on goal with half of them on target. Jude Bellingham and Erling Haaland scored in the first half of the game which was enough to see out Besiktas in that fixture.

On the other side of the field, the visitors, Sporting Lisbon have not got their Champions League campaign off to a good start as they suffered a 5-1 trashing at home against Ajax in a game which was dominated by the brilliance of Sebastien Haller.

In that fixture, Sporting had 46% of ball possession with 9 shots on goal with just 3 of them on target, but their recent Portuguese league game does not show any signs of hope for the Portuguese outfit.

In the Primeira Liga, Sporting Lisbon come into this Champions League fixture on the back of a 1-0 win over Maritimo. Sporting edged out a victory in that game in the 98th minute as they claimed all 3 points.

The hosts are set to claim victory in this fixture and they will want to put out a real statement at their home stadium in front of their home fans that they are a much better side than their weekend loss to Monchengladbach.

The approach from Dortmund in this game will be very attacking which should see a lot of goals. Hence, we back the odds at 2.20 For goals over 3.5.

Consequently, we back the odds at 2.37 for the Belgian winger, Thorgan Hazard to get on the score sheet anytime during the game.