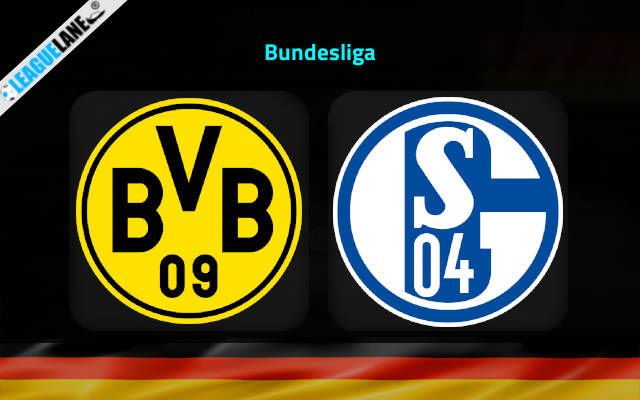 A real buzz is expected in and around Signal-Iduna-Park on Saturday afternoon when Borussia Dortmund and Schalke take on each other in the Revierderby.

Interestingly, it will be Schalke who come into the derby of the Ruhr region in higher spirits. They managed the maiden win of the season last weekend, beating Bochum 3-1 on the home patch.

Apart from resulting in their first win of the campaign, it was also Schalke’s by far best performance of the season as the team led by Frank Kramer completely controlled the happenings on the pitch from the start to the end.

It is also interesting to note that Schalke have only lost one of the previous five Bundesliga matches.

They clearly have what it takes to stay competitive at this level and knowing they will enter the Ruhr derby with a boosted confidence, we would not rule them out from getting something this weekend at Signal-Iduna-Park.

Borussia Dortmund, on the other side, had a very challenging week with the away clashes against RB Leipzig and Real Madrid within the previous seven days.

The team led by Edin Terzic do have four wins in the opening six Bundesliga outings, but they are by no means showing good football at the start of the season.

BVB did nothing to threaten RB Leipzig last weekend in a 3-0 defeat at Red Bull Arena where Terzic’s men failed to register a single shot on target in the 90 minutes of play.

We just can’t find any value in backing the hosts at the 1.36 odds. Schalke will come into this in much higher spirits. They had a full-week rest unlike Dortmund who traveled to Spanish capital to battle Real Madrid in the UEFA Champions League on Wednesday evening.

The main pick is Schalke to win in +1.5 Asian Handicap at the odds of 1.85, while we also like the 1.72 odds offered for Borussia Dortmund to score fewer than three goals on Saturday.