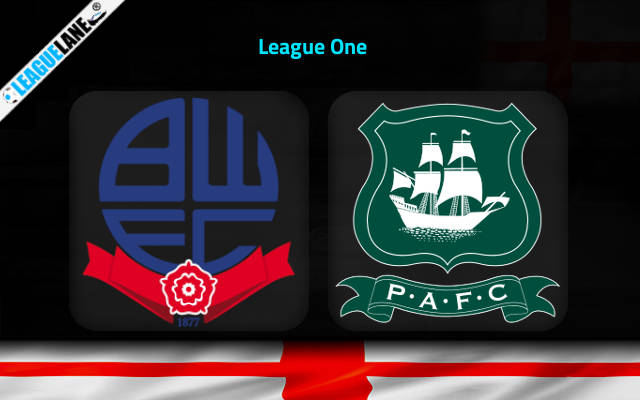 Bolton vs Plymouth Predictions and Free Tips from our expert tipsters when the teams go head-to-head in League One on Saturday, 7 January 2023.

Plymouth are going strong this season and have the best winning form presently. They are at the top of the table with a four-point cushion. They have a busy week ahead of them as they will play in the quarter-final round of the Football League Trophy.

On the other hand, Bolton recently celebrated a 3-0 victory against Barnsley. This victory helped them jump to the fifth position on the table.

Bolton are yet to win a single game against this team. The visitors are on a four-game winning streak starting from 2019.

At University of Bolton Stadium, the league leaders won this fixture by 2-0 back in March 2022.

Who will win the match between Bolton and Plymouth?

We are backing the league leaders to take all three points from this game. They have an excellent winning form against Bolton.

At the same time, the host are winless in three of their last five outings. They could not perform well against a mid-table team like Lincoln City previously. Therefore, they will most likely face a difficult time against this team.

At this ground, not more than two goals have been scored combined. It is worth knowing that against Plymouth the host have not scored even a single goal in the last three years.

Moreover, only Plymouth have scored in this fixture. This is one of the reasons why they have won all four fixtures starting in 2019. Therefore, it is unlikely that Bolton will score in this game. Another point to note is that the host did not score against Derby recently.

The first tip is that Plymouth will win both halves of this game– at 5.50 odd. Back in August, the visitors have won both halves of the game against Bolton. The same pattern was also observed when they won against MK Dons recently.

Our second tip is that Under 2.5 goals will be scored – at 1.95. Three of the last four head-to-head matches ended with not more than two goals being scored. At University of Bolton Stadium as well a similar trend is observed.