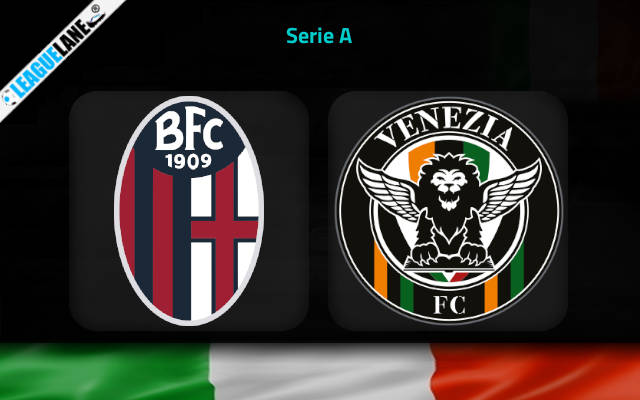 Bologna won two on the spin, they have a strong home record, and they are enjoying a tremendous attacking form. Venezia did beat Roma last time out, but they are struggling to perform on travels and they leak in too many goals of late. We are going for the home win in a high-scoring contest here.

Bologna will be searching for their third subsequent Serie A win on Sunday afternoon when they host recently-promoted Venezia in the 13th round of the competition.

Bologna have done well on the home patch so far this season and we have numerous reasons to consider them clear favorites here.

The hosts won four, drew one, and lost one of six league fixtures on the home patch this term. They have scored 13 goals in the process and they will actually go into this game in a great attacking form.

The head coach Sinisa Mihajlovic has a strong firepower on display with the likes of Roberto Soriano, Musa Barrow, Marko Arnautovic, Mattias Svanberg, and Nicola Sansone all available to feature. Svanberg had an assist and a goal in the previous round’s 1-2 victory over Sampdoria in Genova.

Venezia will also come into this on a high having snatched their third win of the season last time out, beating Roma 3-2 at home. However, Paolo Zanetti’s men allowed as many as 27 shots on the occasion and were lucky to have claimed all three points in that clash.