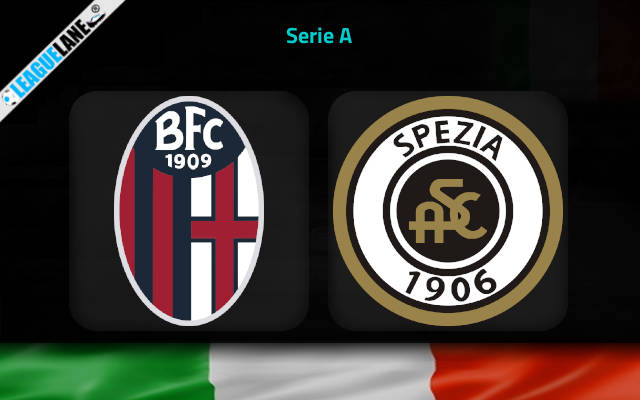 Bologna and Spezia will raise the curtain on Matchday No 20 in Italian top flight on Friday evening when they take on each other at Stadio Renato Dall’Ara.

The hosts were in action on Monday when they failed to dispatch Cremonese in a disappointing 1-1 draw in front of their fans.

Bologna did dominate the pitch with 2 shots (8 on goal), but they failed to capitalize on more than one chance on the occasion.

Nevertheless, Thiago Motta’s men have four points from the previous two Serie A affairs. They hold the 12th position in the league table and have an opportunity to break into the top half with a victory here.

Motta will fancy his team’s chances on Friday knowing that Spezia have not quite been in the best rhythm of late.

The visitors will go into this tie off the back of consecutive defeats to Atalanta and Roma. They have allowed as many as seven goals in the process.

Luca Gotti’s troops were completely toothless in the final third on Sunday against Roma, failing to register a single shot on target at their Stadio Alberto Picco on the occasion.

Spezia own a poor record on travels with seven losses in nine league fixtures away from home and a dismal goal difference of 4-16 in the process.

Spezia did not look good at all in the recent losses to Atalanta and Roma. They also lost three of the last four head to head meetings with Bologna.

We will back Bologna to win & Both Teams To Score at the 4.00 odds, while the value is also great with Riccardo Orsolini to score anytime for the hosts at the 3.60 odds.