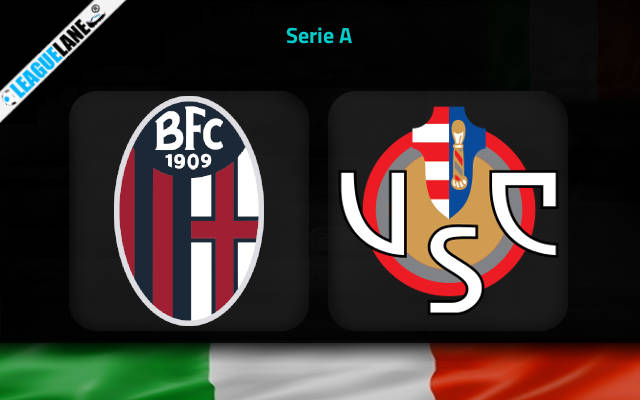 Bologna vs Cremonese Predictions and Free Tips from our expert tipsters when the teams go head-to-head in Italian Serie A on Monday, 23 January 2023.

Bologna did have a tough schedule in the last few game weeks, but they managed to do quite well. Particularly they are high in confidence after their win against Udinese, and they are eager to keep the streak alive as they take on the worst team in the league next.

Not once have Cremonese kept a clean sheet against this opponent in the last three decades. In fact, the last they ever recorded a win in such a clash was back in 1990.

Goals have always come in plenty whenever these two locked horns in the past. As a matter of fact, every single meeting at this stadium had goals from both teams.

Who will win the match between Bologna and Cremonese?

Only twice have Bologna lost at this venue this whole season in all competitions, and one of these losses came against Atalanta. They even won four of their past five appearances at this ground.

On the other hand, Cremonese are placed 20th in a table of 20, and have a 100% winless record this season in the Serie A. Also, only one other squad has let in more goals than them in the entire tournament.

Cremonese let in the most number of goals in the league barring Salernitana, and they conceded twice or more in eight of the past twelve games. They also let in two or more goals in their past five road trips in a row, and the last they kept a clean sheet on the road was back in March of 2022.

The determined Bologna are surely going to test the poor defense of the guests. Expect a high-scoring affair this Monday.

Every single h2h meeting between the two teams over the course of the past three decades had goals from either side of the pitch. Also, Bologna are yet to keep a clean sheet at home after the World Cup break.

The desperate Cremonese will possibly throw everything they have at the hosts, and are expected to find the back of the net at least once.

Bolgona are performing well at home this season. They did drop some points lately due to their tough schedule, but they are determined to make amends for it this Monday. They are at home, and are pitted against the absolute worst team in the league.

Cremonese are yet to secure a single win in the competition, and are also a newly-promoted squad. By all means, Bologna to Win at an odd of 2.00 will be the best pick this game week.

Going on, the hosts will surely give some tough moments for the struggling defense of Cremonese. The visitors have the worst defense in the Serie A after Salernitana, and also not once have they kept a clean sheet in the last thirty years.