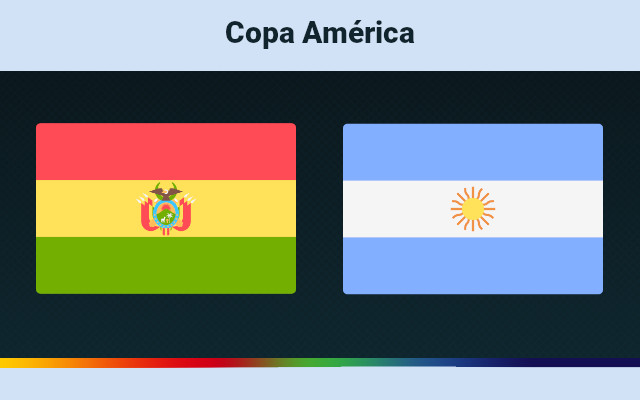 Argentina are the toppers of the table, and they are pitted against the dead-last placed Bolivia (who have already been eliminated). This is probably the easiest match-up for Lionel Scaloni’s men in this tournament, and they sure are the favorites to post the win.

The Argentines are ranked eighth in the world, while the Bolivians are placed 81st in the same list. This alone should give an idea about the disparity between the two squads.

On top of that, Lionel Messi and co are at the top of the table with an unbeaten record, and have conceded a single goal all through this campaign. And note that this sole goal had come as a result of a penalty. Such has been their rigidity at the back.

Meanwhile, the Bolivians have a 100% losing record so far in the Copa, and have scored a total of one goal till now in the competition. In fact, they have conceded the most, and have scored the least.

Surely, we are about to witness a great performance from Argentina.

Such has been the struggles of the Bolivians, that they have won just thrice since September of 2017. They easily are one of the, if not, the worst team in the CONMEBOL region. Even their three wins in the past four-year period have come against total minnows.

Meanwhile, the Albiceleste are the best in Latin America along with Brazil, and are one of the tournament favorites. They are on a long unbeaten run, and have been particularly strong in their defense lately.

They seldom concede goals, and at at the same time have shown tendency as well as the ability to score early goals. Their latest defeat had come in July of 2019, against Brazil in the semis of the previous Copa.

Bolivia had lost 16 of their past 20 overall games, and they have a 100% losing record in Copa 2021. They are already eliminated, and it’s a doubt if they would have any motivation left to give their best for a meaningless game.

They also have a poor h2h record against this rival, who absolutely have been on a rampage lately. In fact, the only team that seems capable of putting a stop to the run of Argentina would be arch-rivals, Brazil.

Scaloni will definitely go after the top-most spot, as it would ensure a smoother Quarter Final match-up.

Expect Argentina to deliver a convincing win this Tuesday, which would only increase their confidence and momentum further.