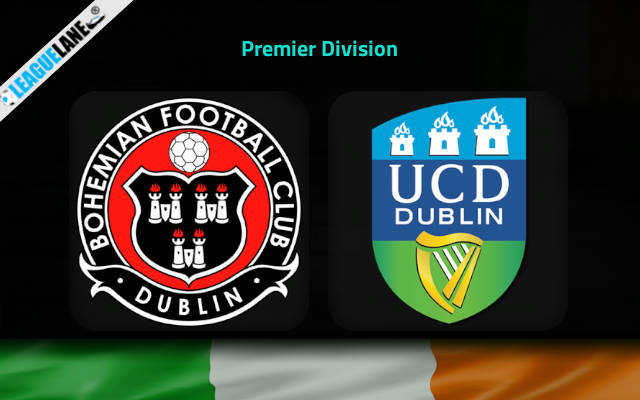 Bohemians are having a very unusual form this late into the season. They are losing every alternate game. They will host bottom-side UC Dublin at Dalymount Park.

The current host won their most recent match against Finn Harps. It was a 2-0 victory for Keith Long‘s side. Declan McDaid and Jordan Doherty scored the goals in the second half of that game.

It is important to mention that earlier this month Keith Long ‘s team caused an upset for league leaders Shamrock Rovers by defeating them 1-0.

Meanwhile, the visitors lost to table toppers Shamrock Rovers by a narrow 1-0 margin. This is their nineteenth defeat of the season.

It is interesting to note that, the team led by Andrew Myler have won only 13% of their league fixtures this season.

The visitors played in the Ireland First division last season. However, they are now struggling in this league. UC are currently at the ninth position on the table. Even a win in this upcoming fixture will not make any big difference.

At the same time, the host are the only team who have a goal difference of nil this late into the season. No other team have such a record.

Our first prediction is that Bohemians will win this game by 3-0 – at 8.00 odd. At Dalymount Park the home team are on a four-game winning streak against this side. Also, the most recent game ended in a 3-0 scoreline.

Moreover, our next tip for this game is that Bohemians will keep a clean sheet – at 1.80 odd. At Dalymount Park, the host have kept two consecutive clean sheets against this side.