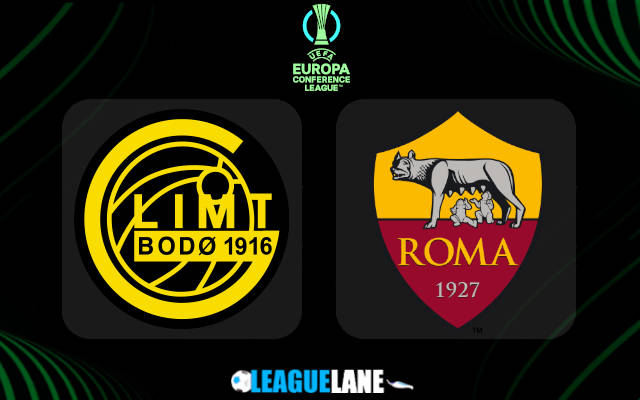 After locking horns twice in Group C in this term of UEFA Europa Conference League, Bodo/Glimt and Roma are set to meet each other two more times in the battle for the semifinal of the competition.

While we all expected Italian giants in the latter stages of the competition, Bodo/Glimt’s quarterfinal progress was most certainly a surprise.

The Norwegian champions claimed two huge scalps on the way to this clash against the Romans as they have eliminated the likes of Celtic and AZ Alkmaar in the previous two knockout stage rounds.

This is why Bodo/Glimt have scored at least two goals in each of the last four Conference League affairs despite facing the likes of Celtic and AZ twice apiece.

Bodo/Glimt also played a high-scoring thriller on Sunday in the first round of the new Eliteserien campaign when they shared spoils with Rosenborg in a 2-2 stalemate.

Roma have been much more solid defensively of late. Jose Mourinho’s men kept their net untouched in the second consecutive Serie A clash, beating Sampdoria 0-1 on the road on Sunday.

The Romans are now unbeaten in nine straight outings across competitions. They have conceded just two goals in the last five matches in the process.

The mentioned victory over Sampdoria helped the Romans cut the gap behind fourth-placed Juventus to just five points. Can Jose Mourinho take Roma to the UEFA Champions League next season?

Roma did finish their respective UEFA Europa Conference League at the top of the standings but they have failed to beat Bodo/Glimt in either of the two H2H clashes.

As a matter of fact, Bodo/Glimt celebrated a demolishing 6-1 victory on Norwegian soil.

The Romans only managed a 2-2 draw in the reverse fixture at Stadio Olimpico.

Roma conceded six goals when they last visited Aspmyra Stadion. Looking at Bodo/Glimt’s playing style and their recent results, we can hardly imagine a low-scoring scenario on Thursday.

The Over 2.5 goals FT pick is well worth backing at the 1.66 odds, while we also like the 1.72 odds offered for the hosts not to lose.