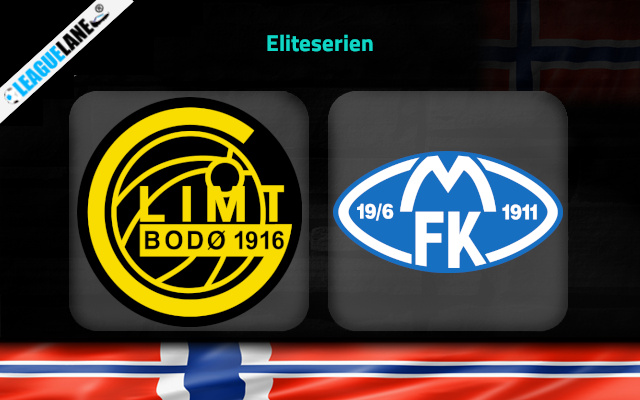 On of the exciting clash in the Norwegian top flight will commence at Aspmyra Stadion on the coming Saturday when the hosts Bodo/Glimt faces Molde in the 21st round of Eliteserien fixtures.

Both teams were successful in the previous round beating Jerv and Sarpsborg respectively.

Bodo/Glimt have generally had an impressive campaign. They are positioned at the second spot in the league standings at the moment. The team led by Knutsen currently sits seven points behind their Saturday’s counterparts in the standings.

Molde seems to have picked up things positively this season. Their consistency in sealing points have allowed them to climb to the sky-high top position of the league table. They will be hoping to secure it for claiming a European ticket next time.

Speaking of European tickets, it is worth mentioning that Molde managed to shook Wolfsberger in the final round of Europa Conference League fixtures and have claimed a spot in the coming season.

Meanwhile, Bodo/Glimt conceded a defeat in the final round of Champions League qualification fixtures against Dinamo Zagreb.

By the looks of things, expect a tight encounter between the two on Saturday.

The hosts have only conceded two goals in the last six home outings across competitions. Since Molde showed their offensive prowess in the 0-4 victory against Wolfsberger in the second leg of the qualification battle, we expect them to do well offensively here as well.

The over 2.5 goals and both teams to score ft thus clearly has value, while we also shoot for the home win at 1.83 Odds as they have been sealing victories here scoring goals in huge numbers.