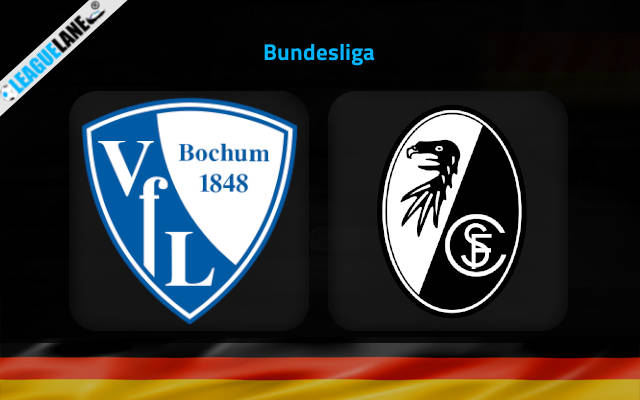 Everything points towards a low-scoring game here. From the head to head tradition, across the teams’ recent form, to the fact that Freiburg have the best defense in the league with 11 goals conceded in 12 matches this term. As far as the outcome is concerned, we can hardly see the away win coming here. The home win or draw double chance looks fantastic at the 1.66 odds.

Bochum host Freiburg in the 13th round of Bundesliga on Saturday afternoon at Vonovia Ruhrstadion.

The hosts will try and maintain their fine record in their backyard where they won three, drew one, and lost one of five league games this season.

Bochum have been very tough to break down in front of the home crowd this term, allowing no more than three goals in five matches there (7-3 goal difference).

They are up against the team with the best defensive record in the whole division here which is why the Under 2.5 goals FT automatically pops up as the best betting option.

Freiburg have generally been one of the most positive surprises of the season but they have experiences a slide in form in the last couple of games.

While the 2-1 defeat at Allianz Arena can by no means be regarded as a failure, the home loss to Eintracht Frankfurt last weekend certainly can.

Tips for Bochum vs Freiburg